G-d's world is great and holy.  Among the holy lands in the world is the Holy Land of Israel. 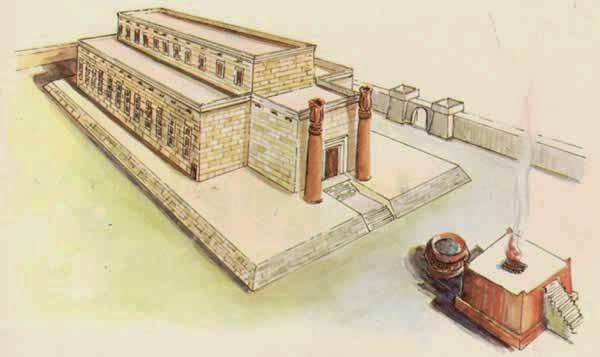 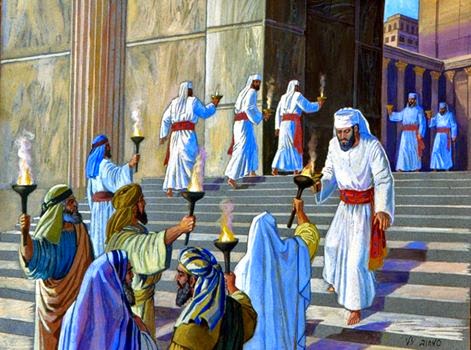 There are 354 days in the Jewish calendar year.  Among these the holidays are holy.  Higher than these is the holiness of the Sabbath (Friday night to Saturday night).

Among Sabbaths the holiest is the Day of Atonement (Yom Kippur) , the Sabbath of Sabbaths. 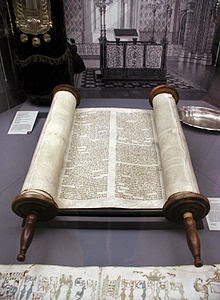 Holier than all else in this language is the holy Torah,

And once during the year, at a certain hour, these 4 supreme sanctities of the world were joined with one another.  That was on the Day of Atonement, when the high priest would enter the holy of holies and there utter the Name of G-d.

And because this hour was beyond measure holy and awesome, it was the time of utmost peril not only for the high priest but for the whole of Israel.  For if, in this hour, there had, G-d forbid, entered the mind of the high priest a false or sinful thought, the entire world would have been destroyed.

Every spot where a man raises his eyes to heaven is a holy of holies.  Every man, having been created by G-d in His own image and likeness, is a high priest.  Every day of man's life is a Day of Atonement, and every word that a man speaks with sincerity is the Name of the Lord.

Moses and Aaron, brothers, were from the tribe of Levi.  Moses had his older brother Aaron be the first high priest.  All males with the Cohen gene are descendants of Aaron, and they serve in the congregation as Cohens with certain responsibilities such as being called first to read from the Torah.  It was Moses who brought us the 10 Commandments from Mt. Sinai.

Resource:  Folk tale adapted from a version in THE DYBBUK by Saul An-Ski found in the first page of THE JEWISH CATALOG BY Richard Siegel, Michael Strassfeld, and Sharon Strassfeld.
* https://www.youtube.com/watch?v=OShPNTaCSsU

Posted by Nadene Goldfoot at 9:31 AM