Governors Committing to Israel and Against BDS 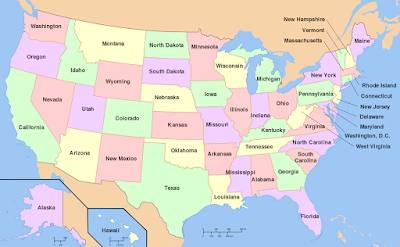 The truth of the matter is that Israel is not oppressing the Palestinians.  In fact, they have done the very opposite, only to be viciously attacked by them since 1948 when Israel announced their statehood, as complying with the League of Nations in 1920 as well as the United Nations in 1947.

This group of Arabs, whose grandparents  used to call themselves Syrian Arabs, have been used as pawns by the leaders of other newly-formed and old Middle East Nations surrounding Israel.  They've been led by the terrorist, Arafat of Egypt, and now Abbas who has taken over since his death.  If anyone is oppressed it is these Arabs by Abbas, not by Israel, for he governs them, and does it very poorly.

Major wars broke out 5 minutes after Israel announced their independence from the mandate of Great Britain, whose 30 years of time was up.  Without even uniforms or an army, Israelis defended themselves as it was life and death for them with the Arabs chanting to drive them into the sea.  Following wars occurred in 1956 and then the big one in 1973.

Countries who couldn't whip Israel and drive her into the sea have come up with this act to cripple Israel financially, which would even hurt her ability to pay her debts back to the USA besides harming herself.

Israel has been a country that has been most creative in developing businesses in order to support themselves.  Their biggest expense has been on defensive weapons bought from the USA.  Their own people, men and women, serve in the army called the IDF (Israel Defense Force).  The USA has not had to fight for them.  Now half of our states, by ignoring a request to join the movement AGAINST  this crippling force field are in truth  denying them the right to support themselves and not be a burden on anyone,  The money for defense, on the other hand, must all be spent in the USA in order to support their economy.

Anyone who has studied Israel's past and present history knows that this tiny country of only 6 million Jews and 1.7 million Arabs have not oppressed the Palestinian Arabs, but themselves have suffered and lost lives because of their histrionics used in the attempt to destroy Israel.

Oregon's governor is the 27th to sign on and be against BDS.  She's also running again on her Democratic ticket.

This means that 28  states have signed on to be against BDS as of this writing.  The District of Columbia where Washington DC sit has signed and is against BDS.   There are 22 more that could sign and join them against this most unfair act.  They are:

10 Republicans and 12 Democrats have not signed as yet.  Let's hope it's just an oversight. I'll be watching and praying that this letter gets into the mail, quickly.