The Land of Edom AKA Idumea, Enemies of Jews and Why

Nadene Goldfoot
In the southeast section of Israel was a country called Mount Seir, otherwise known as EDOM or IDUMEA.    It was in the mountains and easily fortified.  The land was most fertile.  EDOM was south of the Dead Sea and bordered on the Red Sea at Elath and Ezion Geber.

The Edomites were Semitic people, traditionally the descendants of Esau who was the oldest twin of Isaac, twin brother of Jacob. Evidently they were not identical twins.   When they grew up, they became enemies even though they were twins.  Though born minutes apart, Esau was born first and claimed the right of the first born inheritance.  Jacob managed to get it instead, by trickery,  angering Esau, of course.   What Jacob had done was to approach Esau when he was very hungry after a hunt and had bought Esau's birthright from him in exchange for a mess of pottage.   Their mother, Rebekah also showed her favoritism by helping Jacob to trick Isaac when he was blind and dying into thinking that he had given his birthright to Esau.  It was Jacob who later struggled with an angel and by overcoming him, was given the new name of ISRAEL.   This was the way this story explains by such symbolism the relationship between the 2 nations which became hostile to each other.  The Talmud speaks of Esau with villainy and violence which indeed, Jacob's tricking Esau had brought out.  Anger and retribution knows no end as we see today.

These mountain Edomites lived by hunting.  They were stronger than the Horite people, who were there before the Edomites took the land over, and so organized themselves along tribal lines with a chieftain they called the Allooph.  This arrangement later consolidated like other people into a monarchy.  (An Israeli general is called an Aluf in Hebrew.)

Thus, the Edomites became the traditional enemies of the Israelites.  They fought King Saul and were defeated by David who annexed much of their land.  They regained their independence during the reign of Jehoram (853-843 BCE)   This was after King Solomon had died and Jehoram was the 9th king after Solomon's death in 920 BCE.  However, wars between the 2 state were frequent.

By the 8th century BCE, the Edomites were vassals of Assyria who would attack northern Israel in 722-721  BCE and take the best of the men and women as captives.  This is the time Israel lost 10 of their 12 tribes.

At the time of the destruction of the 1st Temple in 586 BCE by Nebuchadnezzar, the Babylonian,  they also plundered and looted along with the Babylonians all the gold and silver from the Temple.  They probably aided and abetted them in their thievery and destruction.

They got their upcoming by being driven from their home on the mountain by the Nabateans, forcing them to occupy southern Judah during or after the period of the Exile of Judeans in Babylon. Taken there in 586 BCE, many Judeans were able to return in 538 BCE, making their kidnapping last for 48 years.

The Edomites were then conquered by John Hyrcanus (135-104 BCE) son and successor of Simon the Hasmonean who had become the ruler and  who forcibly converted them to Judaism, and from then on they were part of the Jewish people.  John  became a high priest.  It was John's sons defeated the Samaritans and gained control of Bet Shean and part of the Valley of Jezreel.  Only his last years of rule had become tranquil.

HEROD was one of the Edomite descendants and had died in 48 CE.  During Titus' siege of Jerusalem (79-81 CE), they marched in to reinforce the extreme elements by killing all they suspected of having peace tendencies.  Titus, the Roman emperor was the son of Vespasian, the Roman Emperor 69-79 CE. .  He had taken over command of the Roman army in Judea from his father in 70 CE when they destroyed the 2nd Temple.  This happened after a 5 month siege.  The destruction of the Temple was deliberate an done in hoping to eliminate the Jews' national religion and center of the religion. 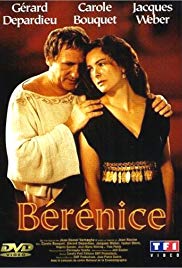 His mistress was Bernice, who was also his niece and  a Jewish princess.  Thereafter, they stopped figuring in Jewish history.  The name EDOM in our Talmud is a synonym for an oppressive government, especially Rome which was the worst.  This was replaced by the Middle Ages and was applied to Christian Europe.

Posted by Nadene Goldfoot at 12:20 PM