What haplogroup Do Pashtuns Be? 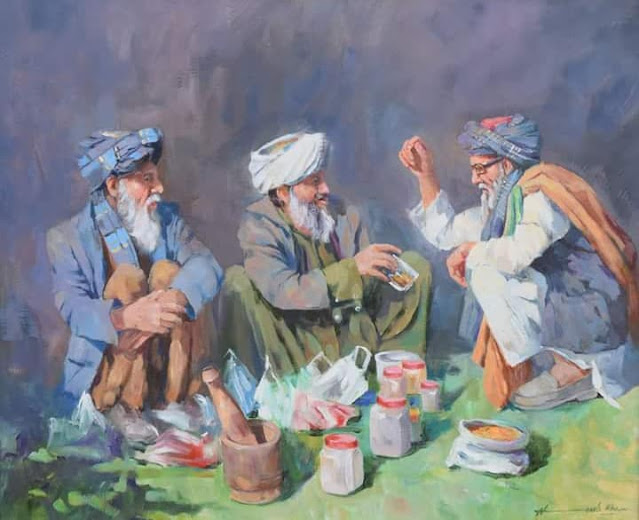 Pashtuns have the oral history of being Beni Israel, sons of Israel.  Pashtuns are the largest ethnic group in Afghanistan, accounting for about 42 percent of the population,

I see that the company, FAMILY TREE DNA has 219 members of Afghan Pakistani DNA, now.  This is good.  They say, "Please visit our blogsite at www.dna-afghan-pak.blogspot.com and our Facebook Page, where members share their research and opinions on issues."

C3-M217, Afghanistan's ethnic group, found in East Asia 2.04% in Pashtuns, In ***** 3 people carried this in the sample, 1 found in FTDNA's testing, Originated in southern Asia, found with highest diversity in India.

F, In ***** 1 person carried this in the sample first in Africa some 45,000 years ago, 2nd wave of expansion out of Africa, ancestor of the Y chromosome haplogroups, oldest one.

*G2b-M377, part of G2 is found in some Pashtuns who are Iranic and on a much lower scale among all major Jewish groups, Palestinians, Lebanese and Syrians.  Up to the time of WW2, it was most common in Eastern Europe.  Distribution of G2b is sparse, unique.  The extreme rarity of G2b in northern Pakistan might mean it originated outside the country, brought there a historic period from further wet.  Pakistan was part of the Achaemenid Persian Empire conquered by Alexander the Great, then part of the Greco-Bactrian kingdom.  These 2 Pakistani G2b haplotypes are divergent from the Ashkenazi Jewish clade, do not indicate a recent common origin.  Turkish G2b is closer but not the same.  With Jews in Israel from many places, G2b was 3.7% of population in one study.  Afghanistan study of 5 Pashtuns in Wrdak region, 60% of sample, maybe due to local founder effect. Possible it started about 1,000 CE in NE West Asia from G2 (P287), highest frequency in Pashtuns, Sephardic Jews, Ashkenazi Jews, Mizrahi Jews, Palestinians, Lebanese, Syrians, SW Syria.  In ***** 12 people carried this in the sample.    4 found in FTDNA's testing  May have originated along the eastern edge of the Middle East or in India or Pakistan 30000 years ago .  G2 branch of this lineage containing the P15 mutation is found most often in the Caucasus, Balkans, Italy and Middle East.  7% of Ashkenazi Jews have this.

J1,  In ***** 3 people carried this in the sample.  3 found in FTDNA's study, 10,000 to 15,000 years ago in Fertile Crescent includes Jews, Arab, Armenians, Kurds, highest in Iran and Iraq, carried by traders to central Asia, India and Pakistan.  While the majority of J is not Jewish, the majority of Jewish men are J's.  The Cohen Modal Haplotype is found in haplogroup J1.

Q, 1.3% finding 2 people.   In ***** 1 person carried this in the sample.in southern Afghanistan.
Q is found in 5% of the male Jewish Ashkenazi population.  13 found in FTDNA's testing. , originated 15,000 to 20,000 years ago migrated through northern Eurasia into Americas, lately found in Ur, Iraq where Abraham lived. My Jewish father's line is Q, and at 111 allele testing is QBZ67

Genotyping revealed 32 haplogroups present in Afghanistan's ethnic groups among our samples. Haplogroups R1a1a-M17, C3-M217, J2-M172, and L-M20 were the most frequent when Afghan ethnic groups were pooled, together comprising >66% of the chromosomes.

Posted by Nadene Goldfoot at 2:28 PM