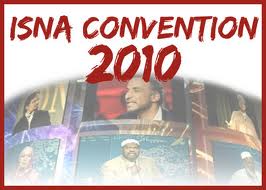 In the United States was a group called the Holy Land Foundation which started in December 2001.  It was the largest Islamic charity group in the USA, headquartered in Richardson, Texas, first called "Occupied Land Fund" started in California in 1989 as a tax-exempt charity.   It was finally found to be a terrorist organization, so our government seized its assets and closed it down.  It took till 2004 for the federal grand jury in Dallas to charge the HLF and 5 former officers and employees with supporting Hamas and other offenses to the USA.  It was HLF who helped to win over the hearts and minds of the Palestinian people to support Hamas.  A final trial in 2008 found the charity leaders to be the largest terrorism financing in American history.  2009 brought out the sentences of 15 to 65 years in prison for "funneling $12 million to Hamas."

During the 2007 trial, the US Department of Justice named ISNA (Islamic Society of North America) and CAIR (Council on American-Islamic Relations), and NAIT ( North American Islamic Trust), as unindicted co-conspirators and one of a number of entities who are and/or were members of the US Muslim Brotherhood.  The government then removed some of them as being charged unfairly, but Judge Solis held that the government should not have listed CAIR and ISNA, but he found that the government had produced ample evidence to establish the associations of CAIR, ISNA, NAIT, with the Islamic Association for Palestine, and with Hamas.

Senator Jon Kyl, Republican from Arizona asserted that ISNA is accused of ties to Islamic extremists and investigative journalist Steven Emerson accused ISNA of ties to terrorism.  Dr. Michael Waller told Senators that ISNA refers Muslim clerics to the US Bureau of Prisons and that they are an influential front for the promotion of Saudi Arabia's  Wahhabi Islam's political, ideological and theological infrastructure in the USA and Canada.

ISNA has connections to 50% to 79% of mosques on the North American continent and they dominate Islam here.  Stephen Schwartz described ISNA in the Senate hearing testimony as one of the chief conduits through which the radical Saudi form of Islam passes through to the USA.

A speaker at the 2009 national ISNA convention, Warith Deen Umar, a New York Imam, said that the Holocaust happened to the Jews "because they were serially disobedient to Allah."  He also alleged that a group of Jews close to President Barack Obama "control the world."  47 year old Barack Obama became the 44th President of the USA in November 2008.    Of course ISNA condemned the comments, as they were said publicly.  Two Jewish men appointed by Obama were Rahm Emanuel, Chief of Staff who only lasted from 2009 to 2010 and David Axelrod, Senior advisor who lasted from 2009 to 2011.

The 2nd consecutive year that the Obama Administration honored the annual conference of ISNA was July 6, 2010.  The conference featured false and radical dogma about the Palestinian-Israeli conflict and again purported Jewish "power" over America.  It was in 2009 that a panel of authors spoke about support for Hizballah and anti-Semitic conspiracy theories, saying that Jews controlled the world and said that the Holocaust was punishment for their sins.  They supported Hamas then and lamented what they saw as Israel's power to dictate policy to America, the same old saw that they continue to play.

An audit of the ISNA-Canada found only 1/4 of the funds donated to them went to help the poor.  Charity donations were misdirected to private businesses.  ISNA helped this Canada branch to restart with new leaders, regular audits and financial transparency.

Now ISNA has celebrated their 50th anniversary from August 30 to September 2, 2013, and President Obama told them that "My administration is proud to be your partner."  ISNA's president had met 2 times with Obama and Valerie Jarrett,senior advisor to President Barack Obama, and holds the office of Public Engagement and Intergovernmental Affairs  which meant it was a high end meeting.  Jarrett had been the person to address the ISNA convention in 2009.  Obama gave a very flattering speech in a taped statement congratulating the ISNA, and that the" gathering (convention) is a testament of that tradition."

Other speakers at this convention were Shaykh Hamza Yusuf, Co-Founder of Zaytuna College, and Muslim Brotherhood scion Tariq Ramadan who defended stoning women to death.  Yusuf said of the United States: "America, a country that has little to be proud of in its past and less to be proud of in the present, I am a citizen of this country not by choice but by birth.  I reside in this country not by choice but by conviction in attempting to spread the message of Islam in this country.  I became Muslim in part because I did not believe in the false gods of this society, whether we call them Jesus or democracy or the Bill of Rights."

And Obama had praised this group to the hilt.  Example:  "So thank you ISNA for your tireless advocacy and commitment to America that realizes the full potential of all its people."

Yusuf addressed a benefit dinner for a Muslim who had killed an American policeman which was sponsored by Al-Talib Magazine.  This dinner took place September 9, 2001.  Yusuf praised Osama bin Laden and said, "This country of America unfortunately has a great, a great tribulation coming to it.  And much of it is already here, yet people are too too illiterate to read the writing on the wall."  Two days later 9/11 happened, the tribulation he talked about so brazenly.

ISNA's president, Mohamed Magid, not only works directly with the White House, but is sitting on a Homeland Security group that deals with "extremism."  It sounds to me just like the UN's Human Rights Committee with Assad as a member.

How was it that ISNA was not indicted as co-conspirators of the Holy Land Foundation?  They were to be prosecuted at a later time, and they would have been but the Bush administration came to an end.  Instead, Obama took over, and went to Egypt and gave an elegant speech.  The Holy Land Foundation was convicted of funding terrorism, mainly Hamas whose charter states their goal is to destroy Israel.  Holy Land Foundation was a branch of the US Muslim Brotherhood group, ISNA.  First, the government wanted to indict the leaders of HLF, so ISNA was put on a list of unindicted co-conspirators of the HLF to be prosecuted later.  Later hasn't happened.

Such reporting of exposing the problems the USA is facing with Islam are swept aside and buried in our media and are called Islamophobic.  The Center for American Progress (CAP) is out for donor transparency but wants to keep donors a secret. They are backed by such people as George Soros, multi millionaire who also backs  J Street.  CAP is the group that accuses people of having islamophobia.  The charge from them is that representatives of the Israel lobby, AIPAC and the Jewish-American establishment  had conspired to conduct a crusade against mosques and Islam.  Ironically, CAP is a part of of a conservaphobia and has an Israelphobia network of its own.  It is found in Wajahat Ali's writings as he had an interview with the Israel Lobby's attackers, Walt and Mearsheimer  who denounced Israel's egregious crimes and America's slavish loyalty to it.  No, Daniel Greenfield, author of one of my resources is not being islamophobic.  He's a realist who knows how to investigate something that is one of the major problems in the world right now; the Middle East Arabs ganging up on Israel.  We cannot continue putting our heads in the sand.  Start looking at hard evidence.

Regardless, our country now is on the brink of war by voting to make attacks on Syria, which they are not calling war, only something like a spanking for using chemicals on their populace. Our government is pushing hard to do so.   There are many good reasons to do this, even though the ones we are defending are just about as bad as the government of Syria. The problem is that the steps to be taken are shallow and may only shake up the hornet's nest.   The Shiite terrorists threaten retaliation against American interests in Iraq such as Wathiq al-Batat.  Hundreds of targets of American sites and companies are on the line.  This Hezbollah leader is funded and trained by Iran's Revolutionary Guard.  Hezbollah Brigades have attacked US troops in Iraq.  Israel has been threatened by Assad who says that Lebanon, Iraq, Iran and he will attack this little country if he is hit.  Precautions are that the US is emptying nonessential staff and families from our embassies in Lebanon and  they in turn can opt to leave Iraq and Turkey,  neighbors of Syria.  Lebanon has lost 100 people to car bombs in the past month and are susceptible to Iranian and Syrian covert operations.  Threats are that USA action will set the region on fire.

The time to react and investigate  and to remind the Arab nations of the rules of war was when the world heard that Syria, Lebanon and Iran has thousands of missiles pointed at Israel, and that there was the possibility of chemicals in those missiles.  That's why Israel has issued gas masks many times already  to its populace.  That didn't worry the world a little?  Now they've seen Syria calmly kill hundreds including beautiful children of their own.  Who told Obama not to get his feathers ruffled all this time?  What were the Syrians doing;  running out of bullets and so resorting to gassing?  This group of politicians have broadcast their intentions, giving the Syrians more time than they need to move their weapons and hide them.  This very late decision that still hasn't come about and may not is a show that we did something, voted on it, and will just table it.  After all, Obama is being very democratic, isn't he.  Everyone will breathe easier here, till October comes when we run out of money.  No one will raise their voice again but to say, how Obama managed not to spend more money by having that vote which put down the expensive attack.  Now we can be free to spend a little bit more on our health program.