The Domino Affect: What Kerry Said Caused a Crisis

The Tower of David in Jerusalem-The City of David

Israel has been facing 100 rockets to be rained down on Southern Israel just days before Purim, a happy festival of being alive after the threat of Haman setting into motion the slaughter of all Jews in the Persian Empire.  Sderot again has taken the brunt of the attack; an attack when homemakers and children were looking forward to this happy celebration. Other southern cities were in the line of fire as well.  The Chief Rabbi of Israel joined them during the attack. 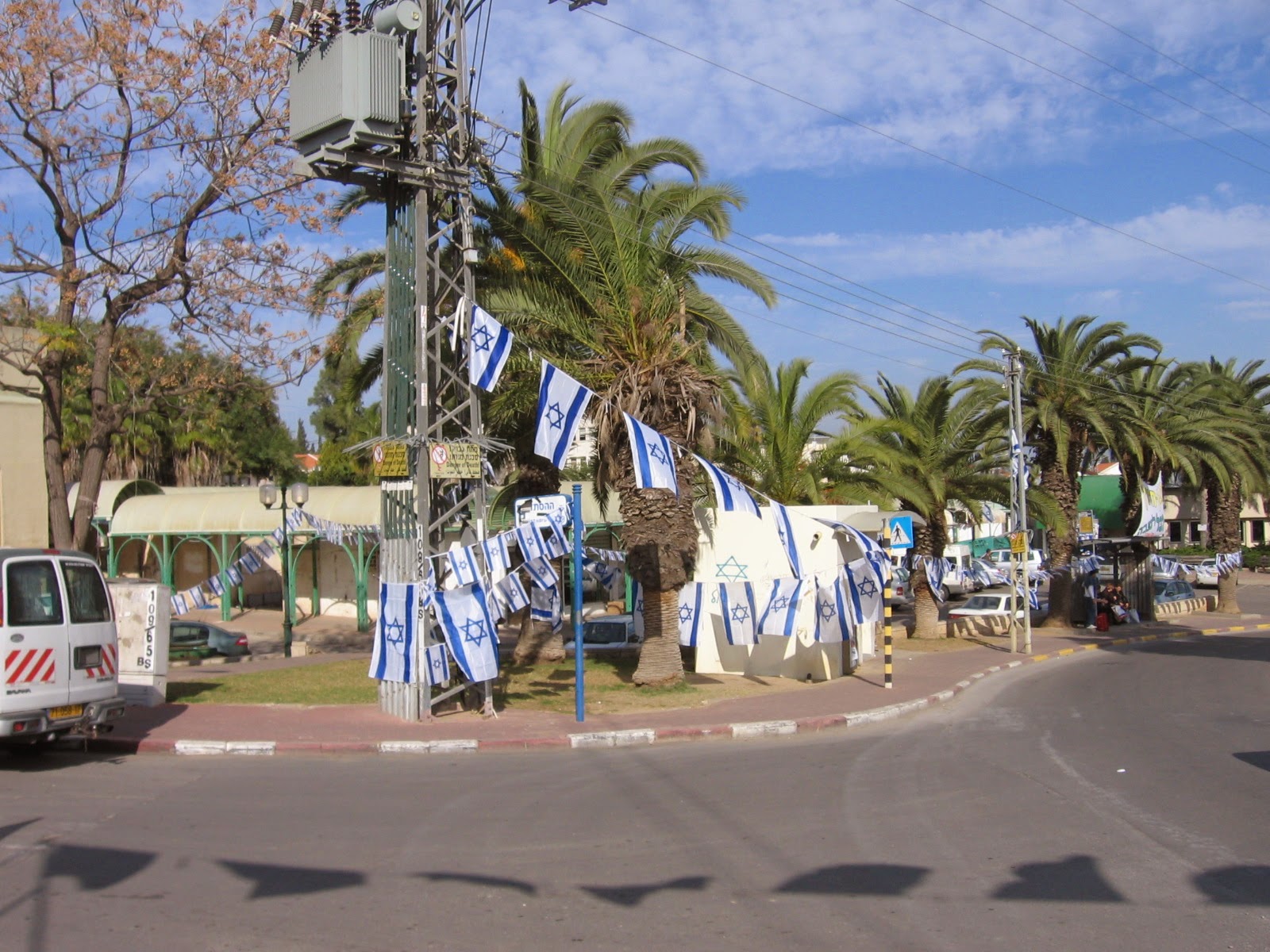 Sderot, the city that has been attacked with 100 rockets, a town founded in the Northern Negev in 1951 which was settled by new immigrants working in development industries.  In 1990 it had the population of 9,480.  It's close to Gaza.  Being Israel is only 8,000 sq miles, every piece of land has to be used.  Most all Israelis live in high rise apartment buildings, not homes such as Oregonians live in.  From 1949 to 1956, Arab terrorists, called fedayeen, trained and equipped by Egypt, repeatedly attacked Israeli civilians from bases in Gaza.  1,300 Israelis were killed or wounded in terrorist attacks throughout Israel.  Nasser was the head of Egypt in those days. 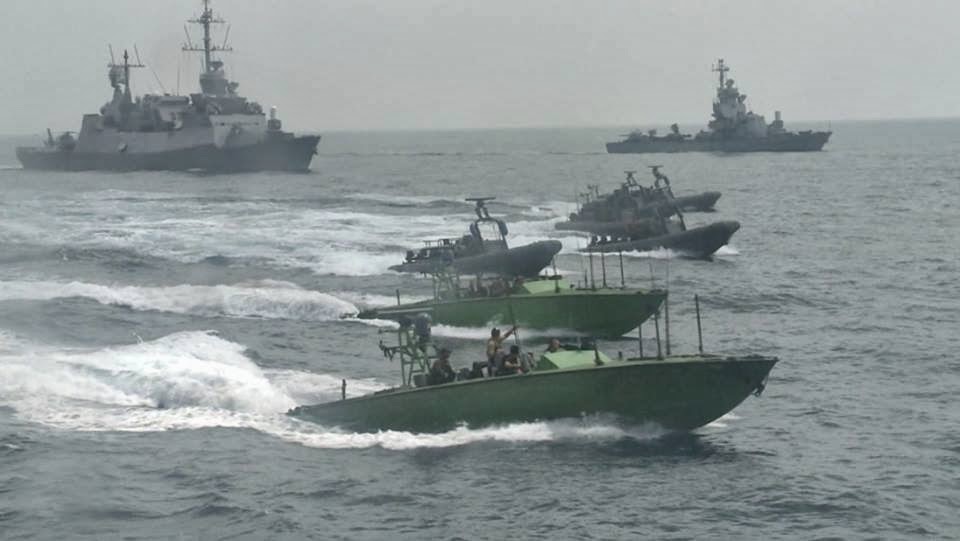 What brought about this sudden impulse to sock it to Israel?  Several things; one of which most likely was the capture of an Iranian ship with missiles that was to be delivered to the terrorists of Gaza.  This must have upset their big plans to hit Israel big-time.  Why did Iran decide to do this?  Why now?  Could it be that there is no strength coming from the USA and Europe over their goal for creating uranium arms when everyone knows they would use them on Israel?  They're calling the shots and the rest of the world is deaf and dumb about it, all except Netanyahu in Israel.   The USA is not the power it used to be.  Syria is not afraid and neither is Iran.  Egypt could not follow Obama's wishes to allow the Muslim Brotherhood to stay in power, even if it meant giving up money coming from the USA.  However Morsi had gotten himself voted in as president, the higher powers realized it could not continue or they would become a Muslim Brotherhood state.

Other things set the terrorists' mind in motion for destruction, too.  Our state department in the USA is pushing hard to wind up an agreement between the Palestinian Arabs and Israel.  They even want to forgo the one need of Israel-and that is for the Palestinians to accept that Israel is in fact a Jewish state.  Update is that Kerry is telling all that recognition of Israel as a Jewish state is a mistake.  So I'll repeat why this is important again.

Israel  cannot be flooded with Muslims causing the inbalance of the government.  It was created to be a Jewish state.  That's what the League of Nations agreed to in the 20's  and so did the United Nations in 1948.  What has happened to Lebanon, who had the minority Christians in power and now are completely upended with their loss of power cannot happen in any way, shape or form to Israel.  This state of Israel, made up of legal minds both in the rabbinate and in the knesset, know what they need.  Otherwise, Israel doesn't have a chance.

Also, what the state department doesn't think of is that Fatah, the PA of Judea and Samaria are but one group to deal with who are vying for power in the future state of Palestine.  How can they ever forget Hamas, the power in Gaza, terrorists to the death, who swear they will never allow Israel to exist and whose charter is to destroy the tiny state.  Even Fatah will not allow even one Jew to live in their state.  Oh, Kerry condemns the massive rocket attack that just happened, but has worded his previous statements to almost cause it to happen.  Isn't he using the rocket fire to push Israel to concede to all the demands the PA has and negate their need to recognize it as a Jewish state?  Isn't he supposed to be only a negotiator, a mediator, bringing a deal to both  that they can live with?  This isn't happening.  He's gone over to the easiest side to bargain with; the Palestinians.  A mediator is to be in the middle, not offside.  He is to interpose between parties in order to reconcile them, to bring accord out of by action as an intermediary, to act as intermediary agent in bringing, effecting, or communicating.  It should have been an intervention between conflicting parties to promote reconciliation.  Since these parties are dealing with life and death matters where there is so much hatred on the side of the Palestinians, it must include a lot of background knowledge between the 2 parties.  As it stands now, it's impossible.  Here's why.

Two things have to happen.  The Arabs must recognize Israel as a Jewish state and teach their people to accept this fact; in their homes, from their lips, in their textbooks, and to want peace more than they hate the Jews.  It's too bad Obama and Kerry didn't see this as a pre-requisite to peace.  They've been trying to put the cart before the horse.  It's not working.

Arutz Sheva has brought out the fact that both Fatah and Hamas must be in the picture.  Israel needs Abbas to agree to a demilitarized state which they don't want to do.  Even if he did, Hamas would continue to get rockets and missiles and mortars to use against Israel and guess who would be smuggling them into Gaza somehow?

Negotiations are fine between 2 parties that both want peace.  I don't see this happening here. The Palestinians are not peaceful people yet.   Fatah hooked up with Hamas several times already and only is separated right now because of the struggle for the throne; and Hamas did kick out Fatah and Abbas already from Gaza.  Like the rest of the Middle East, there is always a power struggle even among these like religious groups.  Kerry seems to be bewitched and bewildered by the Palestinian propaganda, but not bothered at all by it.  The Israeli Ministers are bring this to his attention.  They've asked him to condemn terror!!!  Now I ask, is this an unreasonable request?  I figure with some people you have to be very direct.

Update of update:  Kerry's digging a hole for himself telling Congress there's no need to have the Palestinans recognize Israel as a Jewish state because they've ALREADY DONE IT TWICE?    How come Netanayahu and the whole knesset doesn't know about it, then?  Sounds like a familiar story line he's told before about his wartime involvement.

Israeli Cabinet Minister: Palestinians Are Raising Every Possible Obstacle in Peace Negotiations - Shlomo Cesana
Science and Technology Minister Yaakov Peri (Yesh Atid), known to be perhaps the most dovish minister in the Israeli cabinet, laid blame on PA leader Mahmoud Abbas for stymieing progress in the peace talks in an interview published Friday.
"We have a really difficult partner," he said. "There isn't an obstacle the Palestinians haven't raised in the negotiations. Whenever it looks like you're just about to wrap things up, it turns out that's just the beginning for them. We have a partner who has a really hard time making compromises." (Israel Hayom)
This along with words giving a green light brings about the end result of rockets raining on Israel.

http://www.jerusalemonline.com/israel-news/israel-main-newscast-15-03-2014-4311 It won't happen in this generation. In an interview on Channel 2 News Meet the Press on Saturday, Defense Minister Moshe Ya'alon disputes US Secretary of State John Kerry's contention that Israel was mistaken in its demand that Palestinians recognize the Jewish State.