What Is Fatah and Hamas and Why is Peace Being Held Up By These Groups? 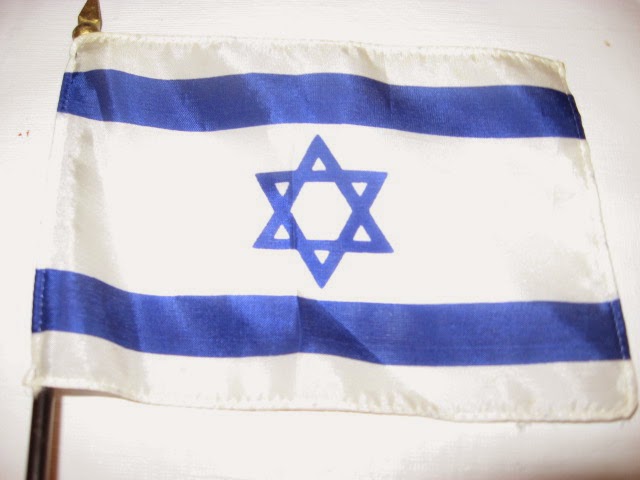 Israel wants peace.  They haven't had a moment's peace since their inception on May 14, 1948.  They have made many concessions since  1948 in the name of peace.  One was exiting from Gaza and giving it to the Arabs exclusively; Judenrein, as the Arabs demanded.

What are terrorists?  Fatah and Hamas are terrorists.  Hamas is listed as a terrorist organization by US State Department.  Fatah works with radical Islamist terrorist groups in joint terrorist attacks.  Terrorism is defined as the systematic uses of terror, especially as a means of coercion.  To terrorize people is to fill them with terror or anxiety, to scare, to coerce by threat or violence.  Usually they prey on the helpless like the women and children, unarmed people who cannot fight back.  Palestinians have attacked schools, such as the one in Safed, the religious school in Jerusalem, etc.   Fatah and Hamas are only the 2 major ones.  There are others.

Fatah was founded in 1959 by Yasser Arafat, 11 years after Israel was created.  Israel was attacked by the Arabs  in The War of Independence which started on November 29, 1947 when the Arabs responded with violence to the UN resolution on Palestine, and lasted until the signing of the Armistice Agreements in 1949. Units of Arab irregulars entered from Syria, Lebanon and Egypt to reinforce local Arabs in their attacks on Jewish localities and to help block the main roads.  When the birth was announced on May 14, 1948, Israel was invaded by the regular armies of Egypt, Transjordan, Iraq, Syria and Lebanon and a Saudi-Arabian contingent.  It was announced that it would be a war of extermination and massacre.  At the time, Israel only had 650,000 Jews and had a poorly equipped army but was able to drive back the invading forces.  They drove out the Egyptian invaders by penetrating into the Sinai peninsula.  There were 6,000 Israelis killed; more than all the next wars added together.  In 1949, armistice agreements were signed between Israel and Egypt, Jordan, Lebanon and Syria.

Egypt's truce ended in war after 7 years, and with Jordan, Syria and Lebanon there was peace for 18 years but also ended in war.

The Sinai War when Arabs attacked Israel again started  October 29, 1956  until November 5, 1956.  Since Israel won again, perhaps that's why Fatah was created; another way to fight against Israel.

Yasser Arafat was born in Egypt. Joining with him in founding Fatah was Mahmood Abbas (Abu Mazen) and others.  Their ideology was that they were a revolutionary nationalist liberation group.  They took over the PLO in 1968 and is the PLO's largest faction.  They have had offshoot mititias.  Tanzim was founded in 1983 and is Fatah's military and operational wing.  Marwan Barghouti is their leader in Judea/Samaria and is   in an Israeli jail serving 5 life terms.  He was very bad.  The Al Aqsa martyrs Brigade was founded in 2000 after the 2nd Intifada.  Most Fatah operatives work in this brigade.


OSLO PROCESS CAME TO AN END SEPTEMBER 2000
Arafat returned from the Camp David negotiations where he turned the table upside down on President Clinton and this caused the Intifada to break out.  It was planned from this point.  (Imad Falouji, PA Communications Minister, March 3, 2001)

Fatah has several militias including Force-17, During the middle of the 2nd Intifada, militias started coordinating with radical Islamist terrorist groups for joint terrorist attacks.  To this date, they have not made peace with Israel with the first step of accepting Israel as the Jewish state.

The more radical group is Hamas.  They  have received millions of dollars annually from Iran.  They are also funded by groups in Saudi Arabia, the Gulf States, Western Europe, Hezbollah and others.  The Hamas leader, Khaled Maashal, lived in Damascus Syria, probably up to the time the Civil War started.  Hamas and Hezbollah signed an agreement in 2004 to increase attacks on Israel.

It started in 1987 and won PA Parliamentary elections in January 2006.  They kicked Fatah out of Gaza and took over with elections.  Sheikh Ahmed Yassin was a founder and leader from 1987 to 2004.  Khaled Mashal took over in 2004 and still is in command.  They are in Judea and Samaria and exclusively in Gaza.  Leaders also live and travel in Syria, Lebanon and Iran.

Their ideology comes from the MUSLIM BROTHERHOOD ISLAMISTS.    They oppose the PLO, but at times have tried to team up with them.  Their saying is that "Israel will exist until Islam will obliterate it.  The only solution for the Palestinian question is Jihad, a HOLY WAR.  This is on their Hamas Charter.


Hamas's broadcasted message to the Jews in February 2006 was:

My message to them is that if they are monotheistic and believe in one G-d, and we are monotheistic and believe in one G-d, then surely we both recognize the same G-d because there is only one.  We are different though, right now as different as day is from night.  First of all, G-d told us not to ever, under any circumstances, consume any blood of any sort.  So we're not going to drink your blood.  We're going to protect our citizens from your terrorism, and it means that sometimes we may have to  go and stop your weapons from harming us.  We deplore your ways of hiding behind your women and children and putting them in harm's way.  It makes it harder for us to not take their lives, as that is not what we wish.  What we have is the right to be living in Israel, and we will defend that right with the help of G-d as it was He who told us to live there in the first place and you know that.  Yet you break G-d's wish and defy this.  It was Mohammad who called us the people of the Book, and it is written in that book that we are to live here.

For the past 65 years we have gone along with a two-state solution for our problems, but are not about to lose the rights we have already been given when you are not about to give us respect and show you are ready to be peaceful with us.  You have called "Wolf" once too many times.  The first thing we ask is that you recognize us as a Jewish state.  We intend to keep it that way, for this is something we need badly in this world, one state of ours that is our refuge.  This has been a 65 year religious war, and there are already 48 Muslim states without a Palestine and just Israel, the only Jewish state in this world.  You will need to tolerate a Jewish state in existence without drinking our blood.

This alone should keep us apart and under our own fig tree, for we don't mix with people who drink blood.  This leads to violence.  This is why many animals are not fed blood.  It causes them to revert from being tame to being wild.  We have a rule and have always tried to maintain this rule, and that is to NOT DO TO OTHERS WHAT WE DON'T WANT DONE TO US.  It's the Golden Rule.  It's a good rule to keep the peace.

Jews have been tested.  There are so many horrible things that have been done to us ever since Moses brought us the Torah.  We still have not changed our charter with G-d.  It remains engraved upon our hearts.  Can you say the same about what Mohammad brought to you?

Posted by Nadene Goldfoot at 12:24 PM