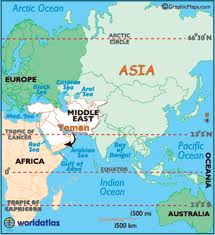 What's the harm going to be from terrorist killers, most with life sentences getting out of prison?  That's what has to happen to Israel before John Kerry can get Abbas to the peace table, and Netanyahu has had his arm twisted to go along with it.  As a result, most of Israel are up in arms about it.  Such an act is a huge threat on their life.

This morning we find out that many USA embassies have been closed today, possibly lasting for the whole month of August, because of a series of events which include the escape of over 1,000 terrorists from prison. This goes along with Interpol issuing a global alert yesterday asking for help in tracking down these escaped prisoners. 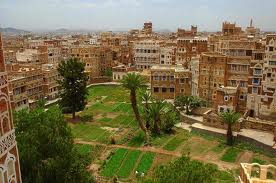 Yemen
Evidently there has been a wave of prison breaks this past 30 days or so in Iraq, Pakistan and Libya.  Interpol is wondering if they were coordinated or linked breakouts.

Our USA State Department first had ordered almost 24 American embassies closed in the Middle East, North Africa and South Asia  because al-Qaida or its affiliates in Yemen might be plotting attacks for today onward.  Britain, France and Germany are also following suit in Yemen.

The prison breaks occurred in late July which freed about 200 prisoners from 2 prisons in Iraq of which one was Abu Ghraib.  This is the prison in Baghdad where America was accused of torturing prisoners in order to get information.   Mortars were used by the prisoners' friends on the guarding Iraqi forces as well as suicide bombers who punched holes in the Iraqi defenses and then had an assault force that freed the terrorists.

About 2 days later, more than 1,000 terrorists escaped from a prison near (of all places), Benghazi, Libya, where we lost our American Ambassador to a terrorist attack.  Libya's prime minister thinks local residents are responsible for the jailbreak which is not what the security officials responsible thought.

Also, in Pakistan  the ancient Dera Ismail Khan prison which is outside of Pakistan's tribal belt, the prison compound was stormed by about 150 fighters who blew holes in the outside wall.  Some were disguised as police officers.  They had used megaphones to call names of prisoners they wanted to free and to chant "God is great" and Long live the Taliban," so we know who they were.   250 terrorists were freed.

Our State Department has issued a global warning of possible terror plots against any Western facilities in the world coming from al-Qaida or their  connected groups.  The Interpol has followed with their own alert.  We have found out that information was from electronic intercepts of senior al-Qaida operatives talking about their evil plots.  General Martin Dempsey has said that these are more specific pieces of information than has been procured in the past.

The ironic bit of all this is that President Barack Obama in a May speech had already assured the public that al-Qaida and its affiliate groups had been destroyed, taken out, eviscerated.   by our counter-terrorism operations.

What we have done in Yemen, where the center of terrorism is coming from is an "aggressive drone war which extends into Pakistan.  We've hit Yemen 3 times this past week.

Many terrorists freed in the past from Israel's prisons in bartering for peace have just gone back to their old habits and continue with their terrorist activities.  This is asking a lot from Israel who is such a small country of 8,000 square miles anyway.

The terrorists freed by al-Qaida have the whole world in their line of fire for attacks with the USA in its sights for sure.  All travelers must be on guard and have their eyes open to anything strange, such as a suitcase standing alone in an airport.  Going to highly attended events could also be worrisome.  Transportation  of all kinds is threatened by such terrorists.

Meanwhile, Al-Qaida is a major player in Egypt's politics.  The terrorist leader, Ayman al-Zawahri,  who is all for the Muslim Brotherhod,   is pushing for armed resistance against Egypt's military.  He's against the Christian Coptics as well and accuses them of conspiring against Morsi because he was an Islamist.  He leaves out the fact that the Brotherhood has attacked and chased out all Jews and has now turned against the Christian community.  It's taken the death of about  280 people so far to remove Morsi, who has been the leader of the Muslim Brotherhood.  There's likely to be a long hot month of civil disobedience in Cairo as well.

Getting back to John Kerry's peace talks,  a terrorist regime would require their compadres to be freed.  They see no harm in killing women and children and old people in their completely unreasonable delusions of "owning Israel" or all of "Palestine."  It's a delusion just like Ariel Castro's of Cleveland, Ohio, who kept 3 women in chains in his house who said on TV  yesterday that they were consenting adults and were sometimes even asking for sex and that he's innocent.  Israel is asked to do something very oppositional while the Palestinians haven't been asked to do a thing except to sit down and listen for 9 months.