The Fall-Out-Virus From Having Nasty Neighbors-or-What Is Happening to Israel's Water Supply? 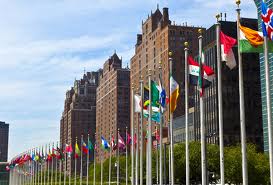 Sewage was checked in Israel and found to have wild poliovirus type I (WPVI).  Where are the origins of this virus?  This is the most commonly found form, the one closely associated with paralysis like our former President Franklin Delano Roosevelt had.

This virus enters the environment in the feces of someone who is infected.  In places of poor sanitation, the virus easily spreads through the fecal-oral route, though contaminated water or food.  President Roosevelt had gone swimming and then came down with it.  Even direct contact with an infected person can cause polio. 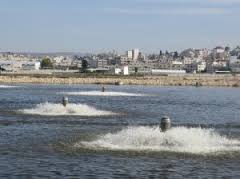 Israel's water treatment area.
About 90% of sewage from Palestinian towns in Judea and Samaria flows into the environment untreated, contaminating the groundwater and 162 kilometers or 101 miles of streams.  This is based on water samples from various locals last year.  It was found that some 50 million cubic meters of sewage flow into the environment from Palestinian towns every year.   Only 5 million cubic meters go to treatment plants of which some are substandard.  This affects Israel and Judea/Samaria since the polluted streams flow into Israel.

Therefore, Israel built treatment plants near the Green Line that separates Israel from Judea/Samaria where they treat the contaminated water once it enters into Israel.  A facility built to treat the Hebron Stream-the most polluted of all--can't handle the volume of waste it receives.  A stench that attracts mosquitoes from this contaminated water reaches the nearby communities.

In February 2012, the State of Israel Water Authority's report stated that the Palestinians constantly breach the Oslo Water agreement.  They do not treat their sewage which flows freely in from the Judea/Samaria streams and into Israel contaminating the environment and the aquifer en route.

They are not developing any new water sources either by sewage treatment or desalination, which is also a breach of the Oslo Water Agreement.  Judea and Samaria have mountains.  Any untreated sewage introduced into the aquifers of the Western salient of the mountains gravitationally migrates underground west into the aquifers of Israel.  It is impossible to stop the PA untreated sewage water from contaminating Israel's water. 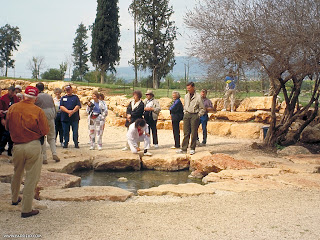 Gideon's Spring
The Polio now discovered is from the northern and southern lobes of the area. The ceding of Israeli civilian jurisdiction over PA sewage comes from the Oslo Accords.  The question arises  if the PA are contaminating Israel's aquifers with sewage on purpose?  Israel had asked them to install sewage treatment plants at NO COST TO THEM AND WITH FUNDS FROM ABROAD to no avail.  They have only  built one small sewage treatment plant.  The Genocidal War Crimes of the Geneva Convention would call this purposeful.  Israel and its people are being attacked with biological warfare.

One cannot : acquire or retain: