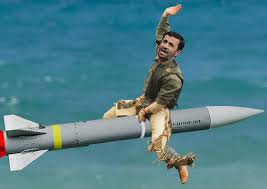 Update:
I wrote this article in 2012 for our Jewish New Year, and the leading problem then for Israel was IRAN.  Today, June 7, 2018, it is still the same problem, only this time Iran is in control of Syria and the Hamas terrorists of Gaza causing rockets to be fired into the Golan and the fields of Israel to be burned by kites on fire floating across the fence between Gaza and Israel.

Ahmadinejad is no Cyrus the Great.  He's the big bully in the schoolyard that pokes fun at the little kid with glasses, calls him every name under the sun including throwing rocks at him, then runs home to Mama to say that the skinny little kid started it all.

In 2005 Ahmadinejad called Israel a tumor and a cancer, and now a vampire, just three of hundreds of derogatory names.  He has threatened Israel verbally and physically with an atomic wipe-out by building  secretive atomic facilities  and the threats to go with it like-"we'll wipe you out". He supplies the very people who attack Israel with weapons.   On Yom Kippur he told the whole General Assembly how bad Israel was and how they deserve such an end, which will come very soon.  It's as plain as day; Iran has been threatening Israel with total destruction while all along continues to build atomic facilities to manufacture such weapons.  He is using the UN to "spout paranoid theories and repulsive slurs against Israel"

At least the USA had the good sense to not attend and listen today, on Yom Kippur, the most  solemn holy day for Jews when they ask G-d for forgiveness of their sins and are repenting. The USA didn't listen to his rhetoric along with Israel.  Others walked out on him.  Most of Europe sat and listened to Mr. A say that Israel would soon be eliminated. 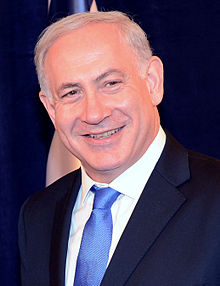 Netanyahu reminded people that history shows that those who wanted to wipe us off the map failed and that the Jewish people overcame all obstacles.  Israel's goal is to prevent Iran from achieving nuclear weaponry.  Netanyahu's role is not to let the Holocaust happen again and have the 6 million Jews of Israel incinerated a second time.  You see, we've been burned once, and are not about to stick our finger into the fire again.  We know what can happen.

Ahmadinejad, a man who just might have a few segments of Jewish genes himself, seems to know very little history of his own country, thinking it's been around since the mammoths 10,000 years ago.  Jews have been in existence right along with them since it was Abraham, (2nd millinium BCE)  a citizen of Ur "Iraq"  who created monotheism and is father of the Jewish people. Yet Mr. A tells his people that Jews have only been in the Middle East for the past 60 years.  We're like the swallows of Capistrano, Mr. A.  We're returned home to those who never left.  I doubt if history books are allowed in Iran, so it's possible his people wind up swallowing his lies.


We'll skip to about a thousand years later to the Jewish King Solomon (961-920 BCE)  who built the first Temple in Jerusalem. His father was King David who developed Jerusalem.

Along Came the Assyrians 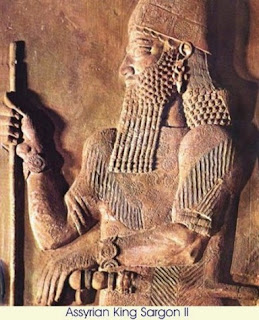 Hoshea of Israel in 726 BCE, last ruler of Israel,  tried to throw off the yoke  that led  to Assyria's King Shalmaneser V's siege of Samaria and his imprisonment and its capture in 721 BCE by his successor, Sargon, king of Assyria (721-712 BCE).  .  Sargon annexed the country and deported 27,290 Israelites to Assyria and Media who cooperated with the Babylonians in the 6th century BCE and replaced them with Syrian and Babylonian prisoners.  Manasseh of Judah was exiled to Assyria in 652 BCE.  Then Assyria declined quickly and was succeeded by Babylon.  Sargon was assassinated.  Sennacherib took over. 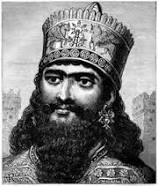 Then Came the Babylonians

Nebuchadnezzar (634-562 BCE) exiled the Jews of the ancient kingdom of Judah to Babylon in the 6th century BCE.  The first time was in 597 BCE when they sacked the Temple and took many of the leading men.  Babylon was dependent on Assyria.  Nebuchadnezzar had attacked Egypt in 601 BCE which led to rebellions, including Judah and that's how he captured Jerusalem and kicked out King Jehoiakim, afterwards destroying the city and temple and deporting not only the best of the men but other prominent citizens and parts of the Jewish population of Judea to Babylon. 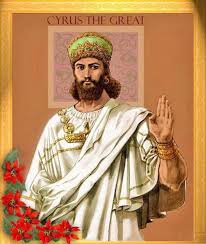 Persians in the Act

Cyrus II of Persia (Iran) lived around 600 BCE to 530 BCE and was the founder of the Achaemenid Empire, creating the largest empire the world had yet seen.  He only reigned for 29 to 31 years, but respected the customs and religions of the lands he conquered.  He set the model for centralized administration and a working government to the advantage and profit of its subjects.  The Jews called him the "anointed of the lord" or the Messiah".

He is remembered for his achievements in human rights, politics, military strategy, and his influence on both Eastern and Western civilizations.  He came from Persis, which would be the modern day Iranian province of Fars.  His influence even went as far as to Athens, where they enjoyed a reciprocal cultural exchange.

Cyrus overthrew Babylonia in 537 BCE.  He allowed the Jews to return to their native land.  More than 40,000 returned.  Previous Assyrian and Babylonian rulers had not allowed the monotheistic Judaism to exist, but he did.  He even ordered the rebuilding of the 2nd Temple in the same place as the first, but died before it was finished.  Darius the Great, his replacement, saw that it was finished.  It was ready for consecration in the spring of 515 BCE, more than 20 years after the Jews' return to Jerusalem. 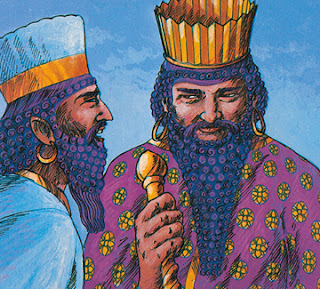 We know from the book of Esther that Haman, the forerunner of Hitler and Ahmadinejad,  was an Agagite noble and vizier under the Persian King Ahassurerus, known to the general public as Xerxes the Great (son of Darius the Great) in the 6th century BCE.  Haman and his wife, Zeresh, instigated a plot to kill all the Jews of Persia, and it was a huge empire then.  They might have well said the whole world.  The plan was stopped by the beautiful Queen Esther, who was married to the king. She and her uncle Mordecai were Benjamites.   Haman and his 10 sons were hung as a result.  Jews have celebrated every year since then with their happy holiday of Purim.  At that time, there were lots of Jews living right in the capital of Shushan.

But today there are very few left.  Many have immigrated to Israel, the USA and abroad.  About 30 some years ago a group of Jewish lads escaped out of the country on camels.  A few were shot.  It had become irrepressible to be a Jew and live in freedom in Iran.  In 1989 there were only 20,000 remaining there.

Ahmadinejad seems to love to stick it to Israel as to what horrors will happen to them, definitely mental cruelty.    He should be told about what happened in Queen Esther's day.  He wants to be the big shot and get rid of all the Jews and Israel so that Israel can become a totally  Islamic land.  Then he'll be the big savior to all the Middle Eastern Muslims and have the Western powers at his knees as dhminnis states.  They just might be next on his list.  Well, Haman probably had the same scheme.  He didn't get very far. Since Israel has combated his threats with warnings of taking out their atomic plant, he is sure yelling about it, just like the bully on the playground in the UN today.

It's interesting that the 50-60 million Pashtuns of Afghanistan,  Pakistan and India claim descent from the tribe of Benjamin, Queen Esther's tribe and the other lost 10 tribes,  and that their respected countries are very close to Iran.  In fact, the Pashtun language has some Persian qualities in it as it belongs to an eastern Iranian language group from Avestan, the oldest preserved Iranian group, maybe from Queen Esther's day.    Their people are  fair-skinned and the men are outstanding fighters known for their good looks and height.  It could be that they were right there in the city of Shushan right along with Queen Esther and Mordecai, but had become  the Lost 10 Tribes of Israel later.

Posted by Nadene Goldfoot at 8:06 PM