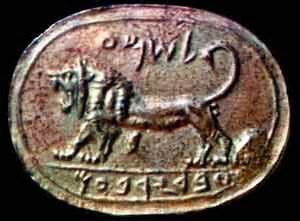 Archaeology has helped to uncover facts about the Jewish past in Eretz Yisrael over the last 3,000 years.  Archaeologists are uncovering the whole story which goes back to Canaan, and Christianity.  Found has been the head of a clay statue from the Neolithic period that was found in Jericho.  A pitcher with a Greek decoration was found at Taanach.  Representation of a menorah was found in the ruins of Gadera. 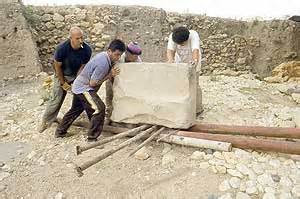 Israel's Department of Antiquities and Museums is responsible for safeguarding the sites of archaeological excavations and their antiquities which are protected by law.  It carries out  country-wide surveys and prevents damage to sites from development and building, looks after the mapping and registration of new finds and supervises the archaeological work of local and foreign expeditions.

2013's February started off with a dig finding an ancient wine press in Jaffa from the Byzantine period.  In April was discovered a ritual bath from the 2nd Temple period.  May uncovered a dig of a 2,000 year old stone quarry in Jerusalem and a 1,500 year old Mosaic in southern Israel.  This month of June uncovered 2,000 year old cooking pots in Jerusalem.  "
What they are not in control of is the Muslim site in Jerusalem of the Mosque of Omar or Dome of the Rock which was purposely built in the center of the Jews' 2nd Temple area by the Caliph Abed al Malik in about 738 CE to replace the temporary structure set up by the Caliph Omar a century earlier.  It is situated on the traditional site of Mt. Moriah, where the Torah says is the site where Abraham offered up Isaac as a sacrifice.    This seemed to start a Muslim tradition of putting their stamp on an area saying they were taking over with their Muslim religion.  In this way they thought they were burying the older religion by building theirs over it.  Moshe Dayan (1915-1981) Israel's Minister of Defense, allowed the Muslims to have authority over a very precious Jewish site, so what is going on under it is unknown. 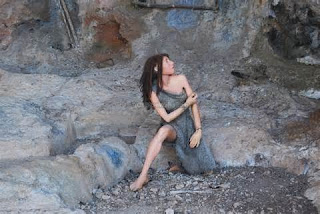 Carmel's Caves in Israel, Neanderthal Findings
Archaeological digs began in the 19th Century CE and had a boost after Israel's birth in 1948.  In the Jordan Valley, Galilee and the Carmel Range, bones of early man, the Neanderthals,  were found with tools and the remains of animals that he hunted.  The oldest discovered date back to over one million years ago and was named Tabun.who lived 103,000 to 80,000 years ago.    The next oldest found was Amud who lived from 55,000 to 47,000 years ago, and the earliest was Kebara who lived 60,000 years ago.  Neanderthals were found to have lived from 130,000 to 28,000 years ago.  The company, 23&Me can find the % of Neanderthal genes in people who take their dna test, for most of us do carry some of those genes. Since Neanderthals were not found in Africa, the average European will have about 2.5% Neanderthal genes, which would include Jews since 3 digs have discovered their bones in caves in Israel.

Bits of Canaanite settlements in the 3rd and 2nd millennia BCE were found in the biblical sites of Hazor, Megiddo, Ashdod, Jerusalem and Shechem.  These have proved to be the settlements of the Israelites on their return from Egypt towards the end of the 2nd millennium BCE and especially after the establishment of the kingdoms of Israel and Judah.  The digs provide many details about the daily life, architecture, arts and forms of religious worship that went on in that period.

Remains form the 2nd Temple days, especially the Hasmonaean period through the Jewish revolt against the Romans in the 1st century CE were unearthed in Jerusalem, Caesarea, Beit-Sha'an, Tiberias and Jaffa.  The most impressive relics of fortresses in the Judaean Desert were the Masada and Herodion, which were bases for the revolt which ended in 70 CE with the devastation of the land and its conversion into a Roman province.

Archaeologists couldn't get into Jerusalem until 1967.  Since then they have uncovered detailed evidence of the city's fortification and the magnificent public and religious edifices.  They also saw how its burning and capture by the Roman legions left its evidence.  Traces of the camp of the Roman 10th Legion and remains of the Roman Jerusalem where found.  They had named the city "Aelia Capitolina" in the 2nd and 3rd centuries and this evidence was found. 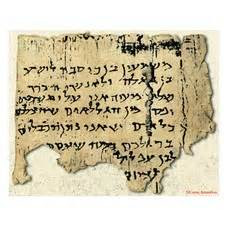 The unbroken presence of the Jewish community throughout the Byzantine period of the 4th to 7th centuries was uncovered by finding beautiful synagogues in the Galilee, Judaea and in the south.  Evidence of the new Christian community that developed at that time was also discovered.

Great edifices built by the Moslem conquerors in the 7th century and after had  been uncovered in the early 70's.  .Found were the palaces of the Omayyad rulers in Jerusalem and the antiquities of Ramla.

The Christian Crusaders' period of knights who came and conquered and held the Holy Land between the 11th and 13th centuries is now better known and understood as their fortresses at Akko (Acre), Caesarea, Jerusalem and Kochav Hayarden have been cleared and reconstructed.

Mamluk and Turkish remains from the Middle Ages at the beginning of the 20th century have been investigated.  Archaeological activity has been expanded and sites are connected with neighboring cultures.  The Phoenicians on the northern seashore, or the Roman period Nabatean settlements in the Negev were receiving closer treatment in the early 70's. 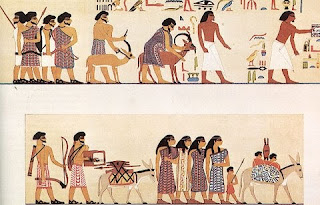 This is a mural of the Jews brought into Egypt as slaves found in Egypt and taken by my cousin, Denise on her vacation there.  This backs up the Exodus story in the Torah.

Outside of Israel has also been found evidence of the Jewish civilization.  Discoveries in Egypt of the 5th to 4th centuries BCE of Aramaic Papri at Elephantine (Yeb), numerous Greek and a few Hebrew papyri of hellenistic and Roman times, the Edfu ostraca, and the Jewish temple at Leontopolis.  Jewish inscriptions of the hellenistic or Roman periods exist in most Mediterranean lands.  The Jewish catacombs in Rome and Carthage and tombstones in the Crimea exist.  Synagogues of the classical period have been found in Greece, Yugoslavia, Italy, Asia Minor and Syria, especially Dur-Europos, remarkable for its biblical frescoes are proof of existence.

The Palestinians have refused to accept the fact that Jews were in the land long before they were.  This is part of their political brain washing of their people, that only they have the right to the land and that Jews are foreigners.  However, they cannot dispute these findings that show we were here long, long ago and have come home to roost.  .