To Talk or Not to Talk, That is the Question John Kerry is Asking 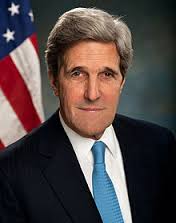 Evidently neither Israel nor the Palestine Authority were aware of Secretary of State John Kerry's decision to publicize a story announcing on Friday evening that both of them had agreed to resume talks in Washington, possibly as early as this week.  It was news to both of them!

Some people think this has been done as a pressure tactic and is trying to dare both of them not to show up.  The truth is that neither party has publicly endorsed Kerry's framework for restarting talks.  Gosh, and Arabs like to think that Israel is so untrustworthy. Israel has Gaza to remember which turned into a shooting platform to hit southern Israel.  Israel gave that back for an exchange of peace.  How honest were the Arabs with Israel?  How can Israel trust them?

Look at Kerry go.  He's such a newbee at the shuk!  One of the spokesmen is Yasser Abed-Rabbo, secretary-general of the PLO.  He talked on Palestine radio and said that "direct talks would be "conditioned on many clarifications about core issues," and that several "sticking points" remain unresolved.  But his side has not yet confirmed it will resume direct talks.

Yes, Yasser.  That's what a meeting is for:  to talk about the core issues and to clarify them as well as these unresolved sticking points.  I guess he wants it all settled before they all sit down for tea and crumpets to sign papers.  The Palestinians don't want to do the palavering.

Pressure on Israel is coming from the EU who on Friday decided to not award any funding, grants, scholarships or prizes to Jews living in Judea and Samaria or in the Golan Heights or East Jerusalem.  They are pushing harder to make Israel accept a peace deal with Palestine, which would look something like handing over all of Israel to them, no doubt and kicking everyone out except a few 90 year old sabras. Pressure is coming from Kerry as well as the media who keep rubbing in the fact that this is his 6th trip to the region to try to restart talks between the Israelis and Palestinians.  Of course Kerry doesn't talk about the Palestinian leadership which is divided between Hamas and Fatah with Hamas having taken over Gaza years ago and just happen to be out and out terrorists.  What kind of a deal can be made with a minor representative such as Abbas of Fatah?

Kerry has set his working sites on this situation in his new position.  Is he starting with the easiest or hardest or most important goal on his list?  He's ignoring the 2 year old civil war "raging" in Syria that has taken over 100,000 lives so far (100,191+) that has affected the lives of the 22,505,000 Syrians.  Is he ignoring the threat of Iran against Israel with nuclear weaponry?  Believe me, that will affect all the countries surrounding Israel as well.   Netanyahu feels that Iran has about 2 more weeks to reach the red line, he said last week. He spoke on July 14th about their nearness and the world's distraction to this problem by Syria and Egypt.     Aren't the EU people worried about these other problems?  Why are they trying to interfere with  the  borders of Israel?  That's not in their realm of decisions. 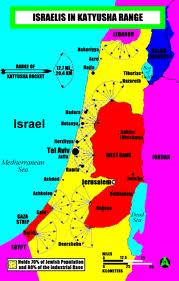 About 320,000 Jews live in 250 towns and cities in Judea and Samaria and East Jerusalem.  1.6 million Arabs are living in Israel and are citizens, just like the Jewish ones.  Is the EU made up of only Catholics?

Oh yes, the Palestinians keep on saying that they WANT all of Judea and Samaria as a state and will call it Palestine.  Actually, they lost that chance, didn't they, in 1967 when they declared war on Israel and lost?  They have been asked since then, for 46 years, to make peace with Israel and haven't.  Was there really any reason why Israel should stay out of land they won fairly and squarely that was theirs anyway according to the League of Nations in about 1922?  For people to wait for 46 years to establish a state of their own, I wonder as to the necessity of such a move or if they are prepared to be state builders?

Now we know that the EU is backing down from Muslim pressure.  They are backing the Palestinians who are demanding to take land illegally.  Why?  All the Arab states stand with the Palestinians and they have oil.  It's a matter of the righteous losing over the mighty.  They seem to forget that back in 1967 Israel stood up to them all and overcame all the odds.  Israel won.  Just who was on Israel's side then?  Perhaps the EU is backing the wrong horse in this race.