A Light to the Nations Lives On: The Chanukah Lights 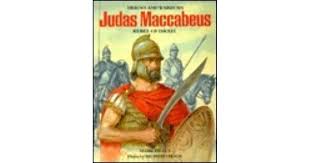 The Jewish people know that they are an eternal people. Right now they are fighting to exist against odds that would stop other people in their tracks.  Israel is giving Panetta a headache, most likely.  Panetta's gruff order of "Just get to the damned table" should have been addressed to Fatah, but now it is too late.  Fatah and Hamas are reuniting again.  The melding of two terrorist groups' plans has started.

"Jews are a people whose message of values was destined to last forever and have a world-shaping impact. A tiny and ill-equipped people was prepared to take on the superpower of its day, all because they believed in the potential of Jewish destiny. They believed that no matter how dire things looked, there exists within the Jewish soul, the ability to vanquish the mightiest of foes and fulfill their own mission of being "A light unto the nations.""

Israel has to repeat that task of taking on the superpowers of this day  by taking on Hamas and Fatah and all the Middle East factions who are against them.  Not only that, but at times they also have to take on their ally, the USA, when expectations get out of hand and push comes to shove.

On Kislev 25-Tevet 3 or 168 BCE  , a Jew named Judah the Maccabee, son of Mattathias and Hannah,  had had it with Antiochus IV Epiphanes and this man who started guerilla fighting, and was also called the "Hammerer", dared to attack the whole occupying Greek army in his revolt against Syria in 168 BCE.

Starting around  311 BCE  there were 13 Greek kings of the House of Seleucus who ruled Syria in the Hellenistic Period by the name of Antiochus.  Antiochus IV, ruler between 175-163 BCE, was turned back by Rome on his 2nd expedition against Egypt, and occupied Jerusalem in 168 BCE.  There he plundered the Temple treasure and endeavored to hellenize Judea by force because he wanted to change it into a reliable frontier-province.  The Jews didn't like it and rose up against it.  His army was very cruel in the suppression and thousands of Jews were killed and many sold into slavery.  Then Antiochus brought in genile settlers into Jerusalem and fortified Acra as a stronghold of the Hellenizers to dominate the city.  The Seleucids ruled until 65 BCE.

A religious persecution began against the remaining Jews, forbidding circumcision and observing the Sabbath as well as desecrating the Temple altar.  He even set up pagan altars in the towns on the outskirts and compelled Jews to participate in pagan ceremonies.  His excesses caused the Hasmonean uprising of Judas Maccabee and his family.  This has turned out to be a lesson for all religions.  Judaism was almost stamped out, but for one man, who kept it alive.  We see that Christianity might have developed differently if Judaism did not continue to exist. 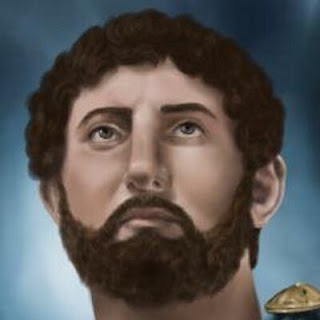 There were 13 Greek kings by the name of Antiochus from the House of Seleucus who ruled Syria in the Hellenistic Period. Antiochus III(223-187 BCE) transferred 2,000 Jewish families from Babylon to Lydia and Phrygia.  He captured Jerusalem in 198 BCE.  He actually treated Jews with understanding.
Antiochus IV  Epiphanes (175-163 BCE) was turned back by Rome  on his 2nd expeition against Egypt in 168 BCE.  He occupied Jerusalem, plundered the Temple treasure, and tried to hellenizse Judea by force in order to convert it into a reliable frontier-province.  This brought about a rising which he suppressed with great cruely:  thousands of Jews were killed and many sold into slavery. Then he brought in gentile settlers into Jerusalem and fortified the ACRA as a stronghold of the Hellenizers to dominate the city.  He now began a fierce religious persecution of the Jews, forbidding all sacred to them, and set up pagan altars in the surrounding towns and forced Jews to participate in pagan ceremonies.  He caused the Hasmonean uprising.
The story that continues is not that everyone lived happily forever afterwards.  Antiochus IV had a son, Antiochus V, reigning from 164-162 BCE who continued the war against the Jews till 163BCE when he granted them religious and some political autonomy in return for the accepting his rule.  Then Antiochus VII Sidetes reigned from 138-128 BCE and reasserted the Seleucid claims on Judea.  He then invaded Judea and took Jerusalem in 135-4 BCE.

John Hyureanus surrendered, destroyed the walls of Jerusalem and ceded his conquests outside Judea and paid tribute.  Antiochus VII died in 129 BCE.  Antiochus IX Cyzicenkus reigned from 125-95 BCE and was defeated in 107 BCE when assisting Samaria which was under siege by a Jewish army.  (Judea and Samaria are now called "The West Bank", named by the Jordanians who had seized it illegally).  The Arabs like this naming as it erases the reference to the land having been in the hands of the Jews.  I'm afraid that the rest of the world just goes along with this "easier to read" name, not caring about its political implications.

The puzzle is why the Jews and the Greeks just couldn't get along.  The Greeks were such great universalists, open to new ideas from wherever.  They were spreading knowledge and understanding all through the Mediterranean.  They could have taken Jewish values to the world, but it seemed that accepting one G-d was something they just could not tolerate.
UPdated 12/16/2020