Nadene Goldfoot
"Israeli Prime Minister Benjamin Netanyahu caused a diplomatic stir last week when he announced Israel’s intention to build in E1 – a controversial plan that has been started and aborted since it was first announced in 1994"."There are Israeli plans for construction, frozen since at least 2009 under international pressure. Construction is controversial as it would create a continuous Jewish population between Jerusalem and Ma'ale Adumim."

This area of contension is called E1 or Mevaseret Adumim.  It is mostly an empty area 12 sq. km (4.6 sq. miles) near Ma'ale Adumim.  Some Bedouins live in there,  but Bedouins are nomadic desert dwellers and their stay is mostly temporary at best.  The E1 area is bordered by the  French Hill  neighborhood of Jerusalem  to the west, Abu Dis to the southwest, Kedar to the south, Ma'ale Adumim to the east, and Almon to the north. The area is mountainous and covers almost 3,000 acres. The E1 area borders the Jerusalem municipality and is administered by Ma'ale Adumim.


Camp David in 2000 was the scene of the Clinton Peace Proposal which Arafat, terrorist leader, rejected.  The map Dennis Ross drew for it is below.  You will see that Palestine can be contiguous (being in actual contact).  What the Palestinians are raving about along with other people is not true.  I feel everyone picks up the mantra they are evoking without checking on the facts. Note that shelling of Israel started in 2001 from Gaza.  That was Gaza's answer to any peace and geography discussions.

Such as what Jimmy Carter, former US President, says (see below) about Israel is also as false as Clinton's was correct.  .
"Israel’s plan to build in the E-1 area between Ma’aleh Adumim and Jerusalem “cuts the West Bank into two parts and permanently separates East Jerusalem from what would be left”; and


My comment is that Israel isn't confiscating territory.   Israel has only waited for 64 going on 65 years now forPalestinians to get their act together, sit down and make peace and develop their state for the much awaited 2 state solution.  If Israel has decided to use land they feel is theirs by international law, so be it.  In 1948 Arafat would have had anything he asked for.  Now, much later, I'm sure that Netanyahu wants recognition along with land planning with a guarantee of stopping the rocket firing.  .

If push came to shove, I believe I read that they could always built a ramp such as the types we have all over Portland to get quickly from one place to another.
Reference: Map and quote above from Camera; http://blog.camera.org/archives/2012/12/another_map_disproving_e1_cont.html
http://en.wikipedia.org/wiki/E1_(Jerusalem)
http://www.jta.org/news/article/2012/12/06/3113831/living-next-to-e1-maale-adumim-residents-reflect-israeli-consensus-on-settlements 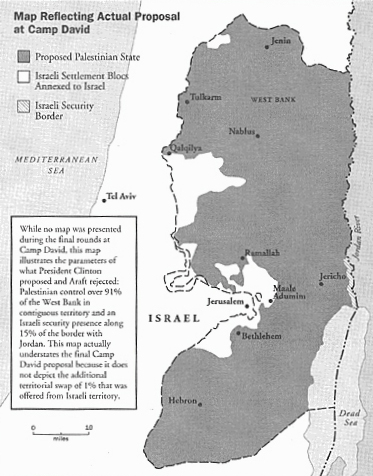 Posted by Nadene Goldfoot at 3:02 PM