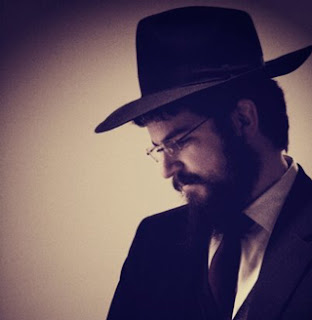 Nadene Goldfoot
We had a treat last night of a concert from the East Coast's Benny Friedman who performed in Salem, Oregon. He was part of a benefit for the Salem Chabad group.   He is the fastest rising star in Jewish music.  I had to buy a CD of his and am listening to his 2nd album, "Yesh Tikvah" with the feeling that I'm back in Israel right now.

Benny started his career at age 13.  I would have loved to attend his Bar Mitzvah.  It was then that he started performing at small local events and managed to mesmerize his audience with his voice.  He worked with Hollywood's vocal coach, Seth Riggs and developed his "golden" voice. He sang a medly of holiday songs and some others.  One line that impressed me was , "Light one candle for the strength that we need...to never become our own foe."  from the song, "Light one Candle."

Another excellent singer on the slate was Chris Boga, Salem's music teacher and business owner of Romp-n-Roll Music for Kinds.  He runs the Temple Beth Sholom Gift Shop with his wife.  He's also on the committee that puts together the Musical Retreat Annual Concert.  He sang along with Benny at times.

The Radio Flyers Band of Salem are first class musicians and did a terrific job of picking up this foreign music.  They were Nathan Olson-keyboard; Brian Trammell-Base; Terry Bay-Guitar; Shane Hall-Drums and band leader.  There was special lighting and background that added to the affect as well.

The night started with a silent auction and a dessert buffet which I certainly couldn't turn down.  Then we were treated with Doron Grossman, a 15 year old on the violin who has been playing with the Metropolitan Youth Symphony in the Advanced Chamber Ensemble  since age 9.  Two years ago he was on a European Tour and played in Warsaw, Cracow and Prague.  He often plays in Portland at the Arlene Shnitzer Concert Hall.  This young lad is also taking classes at Oregon State U.  How lucky we were to hear him play;  the Fiddler on the Roof, Doron,  along with  a famous singer that appeared once before last year.