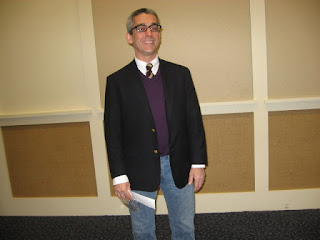 
He spoke to us about the current position of Iran and Israel last night.  The thought is that since North Korea just had a successful 3rd nuclear test only last Tuesday on the 12th and that observers were there from Iran could mean that Iran has the means  to build a weapon as well.  North Korea could be testing for both countries.  They've been working together for the past 10 years. Secretary Kim Ki Nam told the people gathered at Pyongyang Square that their  country's third test  was a self-defensive measure against U.S. hostility.  China and South Korea are also very upset with this test.

So much going on depends on the background and situation of the surrounding countries, such as Egypt.  The clash of the Arab civilization plays a most important part in all of the current events of the Middle East.  For instance, Qatar and Saudi Arabia are competitors.  So are Iran and Iraq who have had a long war.  In fact, some of the Shi'ite  places of religious tombs are in Iraq.  Iran has been backing Syria.  Terrorist groups are vying for power.   The Sunni and Shi'ite aspects of Islam also must be taken in consideration.  Russia will take the opposite side that the USA is on.

We in Portland have been upset over Qatar's influence in education in the USA.  Their secondary goal seems to be influencing our young people to their way of thinking toward Jews and Israel, as well as other political attitudes.  This was voiced last night.  It seems to be an aspect that others have overlooked.  We've had evidence of this in our Lincoln High School where the Jewish students were completely shaken up over a group of Palestinian singers who were sponsored by Qatar who sang raps about how terrible the Jews were in Israel. Qatar is funding an Arabic class that does not share with other educators about what they are teaching, and we adults do not read Arabic to keep in contact with materials used.  Hebrew is not considered to be taught in this older well-known high school who sits in the center of an older Jewish community.   We feel the threat from both outside and inside as well.  It's something that Hillary Clinton and our administration have been amiss to see, too.

Just to better understand the involvement of Jews, Israel and Iran, who were the ancient Persians, I have created a timeline.  at http://israel-nadene.blogspot.com/2013/02/does-iran-have-bomb-jews-and-usas.html.
Again, you cannot understand present conditions without knowing about the past.  It's quite an eye-opener.

Our outgoing president, Ken Kwartler, will not end his service with AIPAC but will keep on informing us of all eventualites along with our new president.  He's an excellent representative of what AIPAC does to help the USA and Israel to have good relations and understandings.  My book, The Strong Horse, book will arrive in a few days and I hope to be further enlightened after the preview last night.

Posted by Nadene Goldfoot at 2:35 PM