Assyrians Wanted the Land of Zion and What Happened to Them 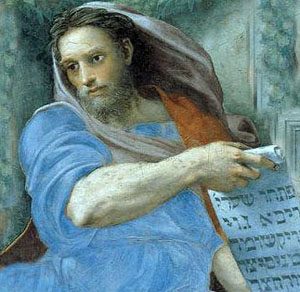 Isaiah said that a Jew can only know himself through his Judaism and his past.  He felt that the great majority of Jews are ignorant of the ideals of their faith, their scripture , their Sacred  Language and the story of Israel.  "My people doth not consider.  But Israel doth not know!"   Here is some of our ancient history.

The Assyrians coveted the land of Zion and finally took it. In these ancient days the way an empire financed themselves was to take over other countries.  They didn't need the land for their population to expand and live in.  They just wanted what it possessed.  The people in these lands were seen as potential slaves.  Who didn't need help in cooking and cleaning and tilling the ground?   "Tiglath-Pileser III (745-727 BC) initiated a renewed period of Assyrian expansion; Urartu, Persia, Media, Mannea, Babylonia, Arabia, Phoenicia, Israel, Judah, Samaria,  Nabatea, Chaldea and the Neo-Hittites were subjugated, Tiglath-Pileser III was declared king in Babylon and the Assyrian empire was now stretched from the Caucasus Mountains to Arabia and from the Caspian Sea to Cyprus." Wikipedia  This is when many of the 10 tribes of Israel were taken away.

The Assyrians were a Semitic Akkadian Kingdom in existence from the middle 23rd Century BCE to 608 BCE.  It was on the Upper Tigris River in Northern Mesopotamia, which would have been the area Iraq is in today.  It is no longer in existence, but its people can be found as the Christians in Iraq, NE Syria, SE Turkey, and NW Iran.  It was an earlier home to a Neanderthal culture.  This is thought because of remnants of Neanderthals were found in the Shanidar Cave.  Usually we have been told that Neanderthals were only found in Europe. 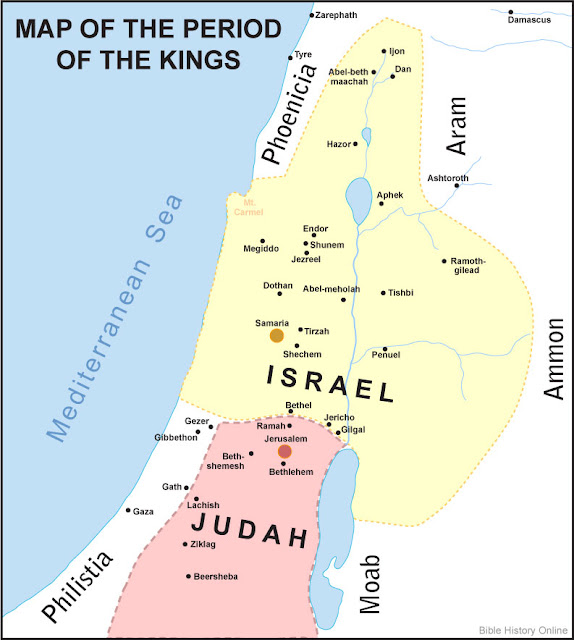 Once there were two Jewish kingdoms; the Northern kingdom of Israel and the Southern kingdom of  Judah.  They had been one nation, but were divided in 933 after the death of King Solomon, King David's son.

Israel fell first in about 740 BCE and Judah was left. Judah was a poor and less important state compared to Israel.   Israel's people were deported.  This deportation method was practiced by many cultures upon taking a land.  Isaiah tells about the fall in 721 BCE. Isaiah, a major prophet,  was the son of Amoz and  lived from 740 to 701 BCE.    The wild Assyrian soldiers had ruined the land.   27,290 people were deported from the capital city, Samaria. Samaria had been a city of great strength and beauty situated on a hill overlooking a rich valley. It had become the capital of Israel by King Omri who reigned anywhere from 888-876 BCE to 880-869 BCE.

Judah's  wall around Jerusalem had managed to keep out the Assyrian expansion in 701 BCE However, large numbers of captives were again taken and deported by the Babylonians in 597 BCE, 587 and 582, this time from Judah.  The Babylonian Nebuchadnezzar II (604-561 BCE) inherited the Assyrian Empire and after his conquest of Judah (597, 586), exiled many Jews to Babylon.

Jerusalem was the capital, captured by King David in 1,000 BCE and the 1st Temple was built by Solomon there in 900 BCE.  It was destroyed by the King of Assyria in 700 BCE.  Then the 2nd Temple was built over it and was totally destroyed by the Babylonians in 586 BCE.  Today the Al-Aqsa Mosque sits over the site of the Temple.  All the Jews have left is the Western Wall.  The Assyrians had overrun Judah and took Jerusalem.These barbarian enemies claimed to have captured 46 cities of Judah.  The Jews later found good living in Chaldea and had homes and land as well as their own government by the Elders under the reign of Nebuchadnezzar.  Chaldea was a small territory in Southern Babylonia, which would now be Iraq.

The leaders of Judah had done the unforgivable in seeking an alliance with Egypt in order to fight off the Assyrians.  Egypt did promise to help  them in rebelling against Assyria and Babylon but failed at the critical hour to redeem her promise.  This is when Jews of today remember this fiasco with the Fast of Gedalia.  Jeremiah wrote about this when he had advised not to seek out Egypt's help and his own people forcibly took him there where he died.  Jeremiah had been born in 650 BCE when Josiah was king of Judah.

In 620 this prophet saw Nineveh, the capital of the new Assyrian empire fall.  It was built from 1100 BCE .  The Assyrian Empire fell in 606 BCE.  Josiah died in 605 BCE.  Then the Persian conquered Babylon and Cyrus the Great gave permission to the Jews to return to Judah and rebuild the Temple in  537 BCE.  40,000 were thought to return.

The Assyrians had left a garrison in Judah. The Assyrians had to leave it as the Persians attacked Babylonia and soldiers were needed there.   However, Jerusalem was said to have become so deserted and forsaken that grass and boughs were growing in the streets where cattle grazed.  The people left there were people of no understanding.  This may have been said because the elite, which would have also included educated people had been taken away.

Babylon was about 600 miles away as the crow flies.  Jews deported to there must have had to walk all the way, which would have been horrible.  I think of the Trail of Tears, a  forced relocation of Native Americans in the United States when the Cherokee, Muscogee, Seminole and Choctaw  Indian Nations were forced to walk  2,2,00 miles to Oklahoma; men, women and children in 1830 CE.  Not all made it.  Such a long walk caused them to suffer from exposure in cold weather, disease and starvation.  Out of just the Cherokees that numbered 15,000, 4,000 died on the trail.  It must have taken the Jews and Assyrian army at least two months to get to Babylon.  The walk to Babylon from Judah happened about 2,733 years ago and though it was a shorter trek, could have been deplorable at that.  Lions prevailed in the area as well as other predators.  Being they were captured people, would not have been able to carry their bows and arrows for protection.  Their lives were at the mercy of their captors.

Assyria, from 20 century BCE had expanded rapidlly in the 13th and 10th centuries.  Then it had declined rapidly after King  Manasseh of Judah 692-638 BCE was exiled to Assyria in 652 BCE and Assyria was succeeded by Babylon.  King Manasseh, who became a king at age 12 taking over from his father King Hezekiah, was thought to be Judah's worst king.  He had introduced pagan practices.  People figured that the destruction of the Temple was his fault.  It is thought that his pagan innovations were the result of Assyrian pressure.

Abraham and Sarah had come from Ur, which was in the Chaldees.  The Chaldees was the Babylon area.  He had migrated to Canaan, probably on a camel, and then his descendants had to walk back there again.  The Babylonian exile lasted for 70 years.