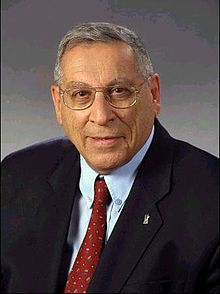 Majdi al-Rimawi of the village of Bani Zeid Al-Gharbiyya, received a life sentence plus 80 years for being in on the planning and murder of an Israeli Minister, Rechavam Zeevi in 2001.  He was part of a terrorist group called PFLP, the Popular Front for the Liberation of Palestine.

Originally, "Hamdi Qar’an, Bassel al-Asmar, Majdi al-Rimawi and ‘Aahed Abu Ghalma, together with Fuad Shobaki, and Ahmad Sa’adat were transferred by US and British security officers to a prison in Jericho and guarded there by US and British wardens."  Hamdi Quran was their leader.  "Quran was imprisoned by the Palestinian National Authority  in a Jericho prison guarded by American and European guards on May 9, 2002 and given an 18 year sentence." Majdi al-Rimawi was convicted of planning the killing and sentenced to 8 years in prison "

In 2006, Israeli Defense Forces besieged the prison and took Quran to Israeli custody. He was sentenced to life imprisonment.  Israel does not have the death penalty.  Rimawi must have been taken then, too.  The idea of being sentenced to only 8 years for assassinating an important personage of Israel was unacceptable. He was given what he deserved.

The little city of Bezons, France has just honored him by granting him citizenship.  They have a plaque with an inscription on it from the city's municipality which refers to Al-Rimawi as a "political prisoner."  I guess to them all political prisoners can murder and it's acceptable.  The plaque was dated on February 13, 2013.  It sounds like it was created by the Palestinians themselves as on it is written, "a state for the Palestinians on the 1967 borders.  A city for peace and solidarity." Present receiving it were Rimawi's wife, son and daughter.

Benzons is a NW suburb of Paris, only 7.8 miles away or 12 minutes by tramway.

Bezons invited Rimawi's wife to the ceremony.  In her speech she spoke highly of all the prisoners in Israel.  To her the award shows the city's support of the issue of Palestinian prisoners in general and in particular the issue of prisoners sentenced to long prison terms.

The Mayor of the city was defensive in saying that Majdi is a direct victim of this occupation....as are the 4,500 Palestinian "resistance fighters" who were imprisoned for having dared to defend "their" country against an occupier whose military means are oversized and whose methods constantly violate UN resolutions and international law.

The man he helped to assassinate was the Tourism Minister of Israel,  a 75 year old general, politician and historian born in 1926 and founder of Moledet Party.  Zeevi was one of but few politicians that have been assassinated. He had served in the 12th, 13th, 14th and 15th Knessets.   He was a Sabra, born in Jerusalem.  He had been a member of Palmach in 1942 defending against Arab attacks on defenseless Jews at a time when Britain wouldn't let in Jews escaping from Europe's Holocaust.  "Ze'evi, known for his concern for Israel's captured or missing soldiers, wore a military identity disc with their names on his neck"..

"According to Bezons monthly newsletter, the honouring of Rimawi was the result of a unanimous decision by the Bezons local council, which described his crime as "defending his town and its inhabitants, calling for the application of international law for the establishment of Palestine to the 1967 borders as recognised by the United Nations, and Jerusalem as its capital." The decision and the newsletter made no mention of Ze'evi's killing."

This is all false information but one can see that the people of this French city have been completely brainwashed into believing such nonsense.  Of course the French did have their problems in defending their country and had to call in the Americans to do it for them, so they don't seem to understand Israel's strength and  zeal in wanting to stay alive and keep their country.  These "fighters" are terrorists who only know death and destruction as means to win what isn't rightfully theirs.   As for international law, Israel has the right to be where they are as proven by a number of international lawyers, but the UN and Europe have been ignoring these facts on purpose.  It doesn't suit their point of view or anti-Semitic tendencies.  Europe has gone from madly defending "The Holy Land" in the Crusades to bland disinterest today.  I think their attitude is to just let the Muslims have it all and be done with it and Jews can just go.

"Lesparre, the mayor,  was sharply criticized by Moshe Kantor, president of the European Jewish Congress,  who stated that “It is inconceivable that an elected official can be so ignorant as to call a cold-blooded murderer a victim.” Israeli Foreign Ministry also criticized the decision, stating that it was "humanly outrageous to honor a convicted murderer, no political view can justify it."

In the meantime, France is a leading country with acts of anti-Semitism.  One can understand why.

Posted by Nadene Goldfoot at 11:44 AM