Settlements A Poor Excuse for Not Talking Peace 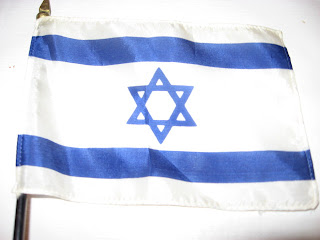 This will be the 5th night of Passover.  Something we learned back in about 1310 BCE from Moses was not to cheer when our enemies are being killed as they are the children of G-d as well as we are.  This happened when the Pharaoh's soldiers were trapped in the sea that was engulfing them in their chase after the Israelites.   That was almost 4,000 years ago.  So ever since then we haven't cheered at the news of the deaths of our enemies.

Our Palestinian cousins are not so inclined to think this way.  The most appreciated parent in Gaza is Mariam Farhat  whose 3 sons died trying to kill Israelis.  One was in a suicide attacker who shot up and hurled grenades in a classroom of Jewish students.  "She basked in her son's attempts wishing that she had 100 boys like this one to sacrifice for the sake of Allah".  News got out of her feelings so  she is venerated as "Mother of the Struggle".  She was even elected to parliament for this.  Now the community is mourning her as she has passed away.

So when Obama mentioned that he thought any Israeli parent would want Palestinian children to succeed in life and went to Israeli students encouraging peace, did he do the same with the Palestinians?  Going to the Israelis is a given as far as them wanting peace. They do not need any appeal.  They're the ones who have either already been in the IDF or soon will be. Peace is part of Jewish teaching.    Israelis have wanted peace before they even became a state.  The original plans of our Jewish leaders were for peace for both the Jews and the Arabs.  Theodor Herzl, (1860-1904) founder of Zionism, the reporter from Paris who saw that Jews needed their state, wrote about what he wanted in a Utopian state in his Der Judenstaat (The Jewish State) in 1896 which included the Arabs, but it was still a Jewish state. 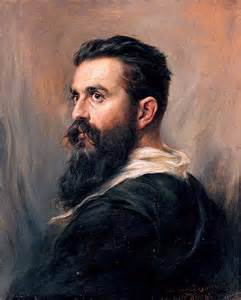 Theodore Herzl
The Palestinians have been refusing peace ever since it was offered to them when the Jews got their offer in 1947   The offer has continued to be made over and over.  Today the Palestinians are using the excuse of the settlements.  At the same time they have announced that their Palestine will be Judenrein.  There are to be no Jews living in their land even though there are 1.4 million Arabs that are citizens of Israel.   They have a different attitude about people.

Obama told Abbas to quit using the settlements as an excuse for sitting down to talk peace.  Everyone knows they can easily demolish any settlement on their land.  What's the big deal?  "Palestinian sovereignty and Israeli security are the "core issue," he told Abbas.  Obama has been very sympathetic to the Palestinian cause of creating a "much needed"  49th Muslim majority state and has been quite lukewarm towards the people in the world's only Jewish state, so this was quite a breakthrough from him.  Obama himself had imposed this precondition 4 years ago of a settlement freeze.  Israel did for 10 months but Abbas wasn't moved.  He just walked out of the talks and hasn't been back, even when Netanyahu begged him to from the UN meeting.

It's going to be very interesting to see what will  transpire.  Abbas of "West Bank" is straining to keep a hold on his section of land against Hamas's stronghold in Gaza.  They have a constant power-struggle.  How can there ever be one Palestine when the people involved are divided?  No one has addressed this issue.  Gaza has already broken the truce with 2 rockets out of 5 shot into southern Israel for some imagined  retribution.

Israel has said that they must be recognized and accepted as the Jewish state.  This means pretty much that Hamas and Fatah will have to change their charter which says to wipe out Israel.  There can't be any form of peace when one side is determined to kill off the other.  Thinking otherwise is just insanity.  As it is, the population of Gaza and West Bank are teaching their children to hate Israelis right in their own schools.  They are not preparing their people for peace in any way, shape or form.

Resource: http://www.washingtonpost.com/opinions/charles-krauthammer-what-really-happened-in-jerusalem/2013/03/28/5b018070-97d2-11e2-b68f-dc5c4b47e519_story.html
Also in Oregonian 3/29/13 page C5 What happened in Jerusalem by Charles Krauthammer
http://www.telegraph.co.uk/news/worldnews/middleeast/palestinianauthority/9936615/Palestines-mother-of-martyrs-Mariam-Farhat-dies-in-Gaza.html
http://www.gatestoneinstitute.org/2442/united-nations-palestine
http://blogs.jpost.com/content/%E2%80%98judenrein%E2%80%99-state-palestine
http://www.jpost.com/Diplomacy-and-Politics/No-compromise-on-Jewish-state-say-Israeli-officials
Exodus 15: 30 "when the Egyptian hosts were drowning in the Red Sea, say the Rabbis, the angels in heaven were about to break forth into songs of jubilation.  But the Holy One, blessed be He, silenced them with the words, "My creatures are perishing, and ye are ready to sing!    At the seder when we put a drop of wine on our plate and mention the plague inflicted on the Egyptians, our cup cannot be full if Israel's triumph involves suffering even to its enemies.  Pentateuch and Haftorahs edited by Dr. JH Hertz, Chief Rabbi of the British Empire Volume I., 1941  in comments.
Posted by Nadene Goldfoot at 10:32 AM