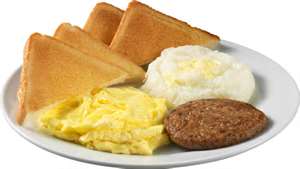 Nadene Goldfoot
The National Prayer Breakfast  that is held every year at this time is run by a conservative Christian group,  "The Fellowship"  on February 7th.   About 3,500 guests were hosted by Congress.  It was held at the Hilton Washington International Ballroom in Washington DC.  The cost was $725 per person.  Surely at that price, our deficits could have been covered.

The main speaker in this year's National Prayer Breakfast  (61st Annual NPB) was  "Dr. Ben Carson, author, neurosurgeon and the Director of Pediatric Neurosurgery at  John Hopkins Hospital".  He had an outstanding speech.  A black man himself,   Carson commented on several social and fiscal issues including political correctness, education, the national debt, health care and taxation. On political correctness,  Carson remarked: "The PC [Politically Correct] Police are out in force at all times ... We have to get over this sensitivity.  Some people thought he should apologize to Obama.  "The speech was magnified because Carson's views were generally interpreted to be conservative, and President Barack Obama was sitting ten feet away."

Senior Senator Chuck Schumer, Democrat from New York, read from Isaiah 55:6-13.  It includes ....I will make an eternal covenant with you, the enduring kindnesses promised to David.."Schumer was born in Brooklyn, the son of Selma (née Rosen) and Abraham Schumer.  His family was Jewish,  descended from immigrants from Russia,  Poland, and Austria."  .

Another attendee there  was Sayyid Syeed, the interfaith liaison for the Islamic Society of North America.  In 2006 he had said that their job was to change the constitution of America.  Believing that, why did he attend?  This group is part of the Muslim Brotherhood, once outlawed in Egypt but now the party of Morsi who John Kerry just gave millions of dollars to with the promise of more. The Muslim Brotherhood and Morsi were assisted by the USA and continue to do so at the expense of those moderates in Egypt who are against it.   Yet back in 2007, our government said that ISNA was an unindicted co-conspirator in the terrorism-financing trial of the Holy Land Foundation which was listed as a US Muslim Brotherhood entity.  The waters have certainly become muddy.

Another speaker was Rep. Louis Gohmert, Republican from Texas who was a congressman who wrote letters asking for investigations into the relationships between ISNA and other Brotherhood legacy groups and the US government.

After the breakfast, Syeed spoke again as the keynote speaker in Minnesota, attended by over 700 faith community leaders including the Jewish Community Relations Council of Minnesota and the Islamic Center of Minnesota.  Syeed then spoke at the U of St. Thomas's Muslim Christian Dialogue Center.

Syeed's preaching is echoed by Muzammil Siddiqi, part of the ISNA's board of directors.  He speaks in support of the long-term implementation of Sharia Law.  His statements included in 2001 that Muslims should participate in the democratic system to safeguard their interest and to try to bring gradual change for the right cause, the cause of truth and justice.   Why then are they wanting a change when our causes for our country should be for truth and justice?  It is that their cause for truth and justice is for their own causes which are different, like being against Israel?   He added that they must not forget that Allah's rules have to be established in all lands, and all their efforts should lead to that direction.  In other words, they are trying to establish Sharia law in our country and do away with our laws.

This happens to be a part of the Muslim Brotherhood's doctrine of gradualism.  It's a phased approach to implement Sharia-based governing.

Yousef al-Qaradawi, on the list as a terrorist and main religious leader of the Muslim Brotherhood,  preaches on al-Jazeera.   "What I am for is a genuine type of democracy, for a society driven by the laws of Sharia that is compatible with the values of freedom, human rights, justice and equity." he tells people.   This is only for Muslims, though.    Other people are called dhimmis, or 2nd class citizens.  Besides many discomforts, they have to pay more taxes than Muslims.  It doesn't include Jews as they are to all be slaughtered.

It is a great achievement for ISNA to be present at the National Prayer Breakfast and most likely feels it has achieved "the art of coalitions."   Let's be honest.  ISNA is planning on turning the USA into an Islamic country.  They've already worked their way into the White House.  The USA should be a country for all religions, but not when one is planning a takeover.  So far, Christianity is still the majority religion here.  For how long?

Posted by Nadene Goldfoot at 12:02 PM