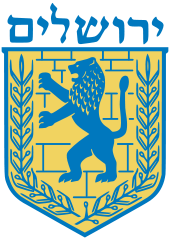 " Hamas announced Wednesday that Sheikh Yusef al- Qaradawi, the Muslim Brotherhood’s spiritual leader and one of the most influential Islamic clerics in the world, will visit the Gaza Strip in May.

The announcement was made by Hamas’s top official, Ismail Radwan, who met with Qaradawi in Doha, Qatar, and invited him to visit the Gaza Strip."   This is the Qaradawi who has issued a fatwa to kill all Jews.  He would do it himself if he ever got close enough, he has said, but he's confined to a wheelchair and it makes chasing Jews rather hard.  He would do it with his bare hands.  "Also, in August 2005, the Wall Street Journal reported that the Dublin-based European Council for Fatwa and Research , of which al-Qaradhawi is president, had used the anti-semitic Protocals of the Elders of Zion in its theological deliberations."  This was one of Hitler's favorite books.

"In a 9 January 2009, sermon during the Gaza War, shown on Al Jazeera, Qaradawi prayed (as translated by MEMRI ):

Most likely it is Qaradawi that told the Palestinian Scholars Association, Muslims in Jerusalem,  that the surest way to get all the Arabs attacking Israel again is to tell them that they cannot visit the Aksa Mosque "Temple Mount"  in Jerusalem if they are foreign Muslims.  They have a fatwa out against them as long as the Mosque is held "captive" by Israel, and until Jerusalem is in the hands of the Muslims.

Qaradawi also "called for teaching Muslims about the need to wage jihad in order “to liberate the mosque and lands from the usurpers.”  Islam, according to Qaradawi, the "Godfather" of the Muslim Brotherhood, are Mohammed's orders not open to question by 1.5 billion soldiers, Islam's "soldiers. Dr. Yusuf al-Qaradawi — the spiritual leader of the Muslim Brotherhood who is now helping Egypt draft its new constitution, head of the International Union of Muslim Scholars, and author of over 100 books on Muslim doctrine — maintains that Muslims must obey the commands of Islam's prophet, even to murder. This is the same Dr. Qaradawi that American academics such as Georgetown professor John  Esposito praise for engaging in a "reformist interpretation of Islam and its relationship to democracy, pluralism, and human rights."

What does he say about Christianity and Judaism?  "As for believing in the Old and New Testaments, the Quran claims that, once upon a time there were "true" versions, but that the current texts — which are older than the Quran itself—were "corrupted" to include, for examples, the fundamentals of Christianity. Thus the only "authentic" remnants of Christianity and Judaism are the ones Muhammad narrated in the Quran—where we meet many characters whose names are familiar, such as Isa [Jesus], but he a very different "Jesus": the Quran's Jesus was never crucified and will return to break all Christian crucifixes and kill all pigs."

This man,  who has been shaping the ethics of Islam with his interpretations of Muhammed,  was born September 9, 1926,  so will be turning 87 years old.  He is famous as he broadcasts over Al-Jazeera, Al Gore's TV station. that comes from Qatar.  "He was refused an entry visa to the United Kingdom in 2008,and barred from entering France in 2012.  In 2004, 2,500 Muslim academics from Saudi Arabia, Iraq  and from the Palestinian territories condemned Qaradawi, and accused him of giving "Islam a bad name."  He was listed as a terrorist in the USA and banned from entering.

Qaradawi threatens Jews' existence with saying that "throughout history, Allah has imposed upon the Jews people who would punish them for their corruption...The last punishment was carried out by Adolf Hitler.  By means of all the things he did to them – even though they exaggerated this issue – he managed to put them in their place. This was divine punishment for them...Allah Willing, the next time will be at the hand of the believers.  Of course, only Muslims come under the heading of "the believers."  So I'm sure we're all excited about his visit, one that will surely incite hatred and killing,   to Gaza in May.  It'll probably be the Middle of May at that.  .

Posted by Nadene Goldfoot at 1:52 PM