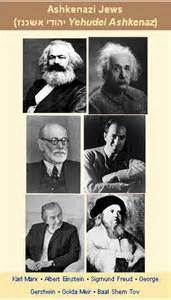 
We can thank the French for their anti-Semitism-(hostility to or discrimination against Jews) which brought on an Ashkenazi' movement to establish Israel after a 2,000 years wait.  In 1894, there was a young brilliant and efficient French Jewish captain named Alfred Dreyfus (1859-1935) who was on the French general staff and someone accused him of selling secret documents to Germany, which he was innocent of doing.  He was found guilty in the court system and faced life imprisonment. The verdict was influenced by invalid documents which had not been communicated to the defense.  The fact that he was Jewish made him a suspect.  He kept proclaiming his innocence both in the Paris trial and from his cell in Devil's Island.  Finally he was found innocent in 1906.  Anti-Semitism was flourishing in France at this time.  Not only in France, but Russia as well.  The movie, "Fiddler on the Roof" shows one incident of a pogrom, attacks on Jewish communities raiding and pillaging.  Golda Meir, former Prime Minister of Israel had been in such pogroms when young.  About 1,850 years of anti-Semitism met wherever Jews traveled was just about enough!  My own grandmother in Poland suffered from broken legs in such a pogrom.

Ashkenazi Jews had had it in Eastern Europe.  In 1893 the Zionism Movement started to secure the Jewish return to the Land of Israel.  Nathan Birnbaum coined the term Zionism in 1893 but aspirations of our return goes back as far ass the Babylonian Exile of 587 BCE.

The Hibbat Zion movement produced extensive literature besides encouraging the migration of Jews to Palestine and founding settlements there.  Theodore Herzl (1860-1904) from Budapest, Hungary and a student in Vienna, Austria, influenced by what had happened to Dryfus,  organized the first Zionist Congress in 1897.  He's called the father of political Zionism.  Their aspirations were to establish for the Jewish people a national home in Palestine guaranteed by public law.  From that grew the Basle Program of Zionism which took the assumption that the Jews are still a people or nation, many of whom cannot or will not assimilate themselves to other peoples, and wish to retain their identity as a national community.  They had lots of support except from the extreme religious factions that claimed that only Divine Providence could restore the Jews to their land.

Herzl wrote "The Jewish State" published in 1896 where he defined Jews as a people whose assimilation was impracticable and whose plight would deteriorate owing to its social and economic position.  He concluded that the solution was the founding of a Jewish state by international agreement.   Many liberal Jews denied the nationhood of the Jews whom they maintained to be only a community united by religion. I believe WWII changed a few minds.

In the 1890's Baron Edmond de Rothschild supported Jewish colonies that were suffering financial difficulties and lack of technical experience.  Hertzl went on to create the World Zionist Organization and its institutions.  There was the Jewish Colonial Trust in 1898 and the Jewish National Fund in 1901 to purchase land in Palestine as the perpetual property of the Jewish people.

Jews who migrated as far north as Russia found themselves barred from Russia proper by the edict of Catherine II.  They were only allowed to live in The Pale of Settlement, Czarist Russia which included Poland, Lithuania, White Russia (Belorussia) , Ukraine, Bessarabia (formerly Romanian, then Moldavian and Ukrainian Republics)  and Crimea (peninsula in Black Sea).  Permission to live outside its  confines was granted only to certain groups, that is members of the liberal professions with a high school diploma, big businessmen, skilled artisans and ex-Cantonists.  It existed from 1791 to 1917.