Life Outside of Israel and Judea in Diaspora: Expulsions in an Intolerant World Society 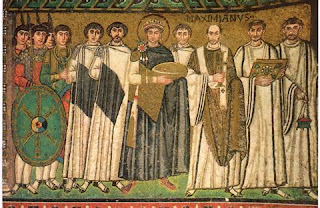 The Life, Culture and Religion of the Byzantine Empire

Jews faced expulsion from Rome in 139 BCE by the praetor, Hispanus.  Jews had migrated to Rome from Alexandria, Egypt.  They then made up a significant part of the population there.   This was during the Ptolemaic era.   They had then gone to Rome.  Josephus, the Jewish general who had been the historian for the Romans said that he himself had led 120,000 Jewish captives, probably from the fall of Jerusalem in 70 CE  to Egypt from Jerusalem and other parts of Judea, Samaria and Mt. Gerizim.  Soon after they were freed of their bondage  by Philadelphus.

The Roman Empire made Constantinople its capital by the 4th Century and this was called the Byzantine Empire.  This empire extended throughout the world and included "Palestine" even by the year 637.  The eastern emperors  had specific religious attitudes towards Jews.  Justinian (527-65) created anti-Jewish laws in his Code, and also issued a decree in 553 which affected the conduct of the synagogue services.  Heraclius around 614 to have issued an edict ordering the conversion of the Jews.  Judaism was continually forbidden by successive emperors; by Leo in 223, Basil I in 873-4, Romanus Lucapenus in 932-6, and so it went.  Each time Jewish life picked up and continued.  It was not about to be stomped out.

Benjamin of Tudela around 1170 found Jewish communities throughout the Byzantine Empire.  He discovered that Jews were treated with contempt in Constantinople.  The last remaining Jews there were conquered by the Turks in 1453.

The results of religious intolerance grew in the early Middle Ages.  Forced conversions to the dominant faith of Christianity without the alternative of exile was frequent during the days of the Byzantine Empire.  Jews faced expulsions when they refused to be converted to Christianity.  Today, the city of Constantinople is renamed as Istanbul.  The Eastern orthodox church grew out of it and separated from the Western Church with its headquarters in Rome in 1054.  Later it again divided into the Greek Orthodox and the Russian Orthodox with each group being independent.

This is why the Pilgrims braved a journey in the Mayflower and sailed from Holland to the unknown land of America in 1620.  Though they were Christians, their outlook was a little different than the English viewpoint.  Thus, the USA became a country of religious tolerance; not quickly, but eventually.

We're still wondering if Christopher Columbus was Jewish by birth.  He wrote letters to his son in Hebrew.  His interpreter, Luis de Torres, a converted Jew, was the first European to set foot on American soil. His name was Yosef ben HaLevi Halvi.   Jews who were hiding the fact and pretending to be Catholics that had been converted were called Marranos.  Marranos had settled in both the Spanish and the Portuguese colonies because of the Inquisition of 1492.  The term, Marranos is not used today. Jews do not eat any meat from pigs.   It means "swine" in Spanish and was applied in Spain and Portugal to the descendants of baptized Jews who were suspected of secret adherence to Judaism.  Another word used today to replace the pejorative term of Marranos is Anussim, a Hebrew word.   Inquisitors would have people report on suspects who were thought to have evidence of them refusing to eat any pork products.  It is said that the Inquisition still exists in Portugal today!

After the massacres in 1391 in Spain, more Jews in this position grew to appreciate their Jewish heritage.  All the Jews of Portugal for forcibly converted in 1497.  With the Inquisition in Portugal by 1540, the Marranos/Anussim were persecuted in Spain to the close of the 18th century and into Mexico into the 1800's.  Many escaped to Italy, North Africa and Turkey.  Anussim in Italy lived in Ancona, Ferrara, Venice and Leghorn.  Antwerp was another popular center in the 16th century.  Amerstadam, Holland was another as well as the Hague and Rotterdam.   When Brazil was under Dutch rule (1630-54) the first openly Jewish communities were founded by native Anussim and immigrants from Holland.

By 1880, the Jewish population in the USA had grown to 250,000 mostly from German Jews.  A small group settled in Canada then.   The pogroms of 1881 in Russia brought Russian Jews and immigration continuing into 1914, when it was lessened.  Jews went into Latin America such as Baron de Hirsch's agricultural colonies in Argentina.  1924's legislation in the USA  caused more Jews to immigrate to Canada and South America.  By 1933 those Jews in Germany were trying to immigrate to these places.  Spanish-speaking Sephardi immigrants were attracted to South America.  By 1989, Jews of the USA numbered 5,825,000.  47,000 lived in Central America and 390,000 lived in South America.

Religious intolerance continues in the USA but has taken on a new form.  By being intolerant to Israel, people  are venting their intolerance again towards Jews.  I notice many Protestant groups that are boycotting Israel's products as a religious body in trying to force them to think their way, not towards religion, necessarily but towards their attitude towards the Palestinians whom they know very little.  They side with a people trying to destroy Israel.  This is plain enough for me to see that they are not much different than the Byzantine Empire's attitude towards Jews.  On the other side of the coin are the Evangelical Christians who support Jews in order to carry forth their own religious concepts and that they support our right to live there as Jews.

For the Jewish people today, the remnant of a people who brought to the world the 10 Commandments and laws of which acts are acceptable and which aren't,  as well as a vast history of the beginnings of man in the Middle East and even brought into the world Jesus according to their own history,  there has been nothing but intolerance and unacceptedness.  Because Jews refused to convert and let go of their beliefs, they have suffered mightily.  Here they are today in their own land once again.  They know what has happened to their people when they were forced to leave.  They hold on with all their might to land legally theirs once again.

One of the miracles of today are a few Christians who are actually studying the Torah and are finding it awesome.This is not through any Jewish proselyting but they are discovering this on their own.   I believe this has brought on new found respect for the Jewish people who have always found it awesome and worth saving.  Perhaps if such an attitude existed long ago, the world would be a much different society.  At least we can say that many Jewish lives wouldn't have been uprooted or wouldn't have suffered such horrible deaths.  .