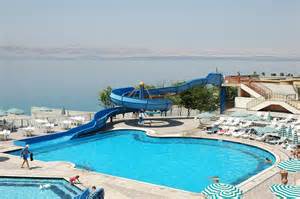 This alert from Palestine Media Watch tells it all.  What Abbas says in English is one thing, but what he says in Arabic to his people is another thing. Palestine Media Watch can translate from Arabic to English and tell us the real scoop.   "Jibril Rajoub, senior PA and Fatah leader:
"We as yet don't have a nuke, but I swear that if we had a nuke, we'd have used it this very morning."[Al-Mayadeen TV (Lebanon),
April 30, 2013]
You have to understand what people stand for and what their motivation is besides what comes out of national media- and then be able to get a translation.
If you read the Oregonian this morning about the World Economic Forum on the Middle East and North Africa, you will see on page A4 a picture of John Kerry, Mahmoud Abbas and Shimon Peres at the World Economic Forum in Jordan at the Dead Sea.  It is the worst picture I have seen.  Peres is staring straight ahead looking rather sickly next to Kerry who is smiling and whose right hand is almost touching Abbas's while Abbas has such a grin on his face and has is left hand extended to Kerry's right hand.  It just looks like they're laughing at some joke and enjoying themselves so, and Peres is just sitting with his hands folded in his lap out of it.    The heading is "A plan to invigorate Judea and Samaria (West Bank). Of course cameramen take upteen takes on pictures.  They couldn't possibly get a picture of all 3 smiling  and being more together.  Well, maybe that just wasn't the case.  I can understand why Peres felt a little out of it if that was the case as the picture conveys to me.  (picture by Jim Young/The Associated Press)
I just sent an article I wrote in 2008 to a friend about all the things Israel did by 1973 to help Judea and Samaria in agriculture (see reference below) , which is much  what Kerry is proposing to Abbas.  I bet Peres is sitting there saying, but didn't we do all this ages ago? Of course now it's been proposed by the Arabs.

The Arab proposal offers Israel full recognition and normalization with all Arab nations in exchange for:
1. Israel withdrawing to its 1967 borders including
a. pulling out of East Jerusalem
2. A "just" settlement for Palestinian refugees who wish to return home to live in peace or receive compensation.-(sure...)

This proposal would give the region of West Bank an estimated $4 billion in economic boost.  Where would it come from?  Promises from the Arab states like they do at the UN or cash from the USA?  It always winds up with the USA carrying the load.
Abbas is saying, "so what are we waiting for?  We plead with you.  Just read these 2 pages. "  Well, we waited for 5 years for him to sit down and talk to us, and it doesn't look like he is doing much talking to Peres in the picture.  I don't think Israel can possibly go for this even with the inducement to be able to converse with Syria or Iran, if they're even in on this.  How lucky can Israel get?  These proposals that Kerry thinks are so neat would break Israel apart.  Good grief!  Netanyahu wasn't at the meeting.  He's busy with the chemical "Sarin" attack practice of the whole country of Israel, no doubt.  Also, a missile just came into Israel from southern Lebanon late Sunday night.

Abbas isn't fooling Israel.  Most people there are tri-lingual.  He can't pull the wool over their eyes.  His proposal are the two topics that cannot be given into for Israel.  Obviously, Kerry's forte is economics, not history.