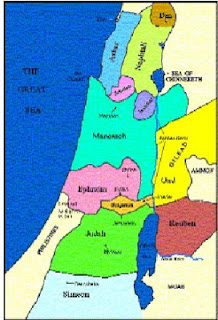 Palestine was Jewish land.  It was a basic tenet to Christian theology that the loss of the Jews' national independence was an act of G-d.  It was designed to punish the Jewish people for their rejection of "Christ." Christians felt they had to help G-d so that some emperors' minimal criteria of oppression and restriction of the Jews was always maintained as well as the maximum sort, such as in the Spanish Inquisition of 1492.

Eretz Yisrael (Israel and Judea) was the country of the Jews of which even the size and geography is outlined in the Torah/Bible.  That it was his country was a part of his theoretical exercise, an article of his theology and a sophisticated political feeling.  It was a pervasive and inextricable part of his daily life.

Jewish prayers and Jewish literature are filled with the love and longing for and the feeling of belonging to Eretz Yisrael and has been going on for the past 4,000 years.  It's part and parcel of our DNA.  It's in our soul.  "There is no theme so pervasive in the literature of any other nation," no theme that has yielded so much thought and feeling and expression as the relationship of the Jew to his land in Jewish literature and philosophy.  After all, G-d had led Moses back to the land and through Moses directed the people of the Exodus  where they should settle.

Jerusalem was taken and burned in 70 CE by the Romans.  The Jews' attachment to this land has never wavered.  Though many of the Jews were led away then as slaves, there were others, especially in the Galilee, who had never left.  Jewish life was maintained in the country.

In 135 CE, Simon Bar Kochba led a revolt against the Romans which failed. It had been the fiercest and longest revolt ever faced by the Roman Empire.  There were 580,000 Jewish soldiers that died defending their land.  Many civilians died of starvation and pestilence.  985 Jewish villages were destroyed.

That was over 60 years after the 2nd Temple was destroyed.  The Romans decided to waste the country then in a determined effort to stamp out the Jewish identity.  They plowed over Jerusalem at the direction of Emperor Hadrian.  Then they renamed it Aelia Capitolina, and Judea was renamed Syria Palaestina.

Banished from Jerusalem, Jews went to the Galilee in the northern section of their land.  Refugees returned.  Jews sold into slavery were redeemed and returned.   There arose some of the most important creativity of the Jewish people when the Mishnah and the Jerusalem Talmud were finished.  Most of the people farmed the land.

The Roman Empire became Christian by the 4th century CE.  Their policy was to stop any spark of Judaism that might show up.  Even so, 43 Jewish communities in Palestine in the 6th century were revived:  12 towns on the coast, in the Negev and east of the Jordan,  and 31 villages in Galillee and in the Jordan Valley were reborn.  National restoration was in the hearts of the Jews.  In 351 they staged another revolt which was put down.  In 438 the Empress Eudocia ended the ban on Jews' praying at the Temple site.

This caused the Jews to think that a period of restoration had finally come and they made an alliance with the Persians who invaded Palestine in 614.  Jews fought at their side and overwhelmed the Byzantine garrison in Jerusalem.  They governed the city for the next 3 years.  The Persians made peace with Emperor Heraclius and Christian rule was reestablished.  This meant that Jews were banished from the city again.  The Byzantine persecution started up again but was short-lived because in 632, when Mohammed died, the Moslem Arab invaders came and conquered the land.  By 640, Palestine had become part of the Moslem Empire.

They ruled for 450 years, first under the Omayyads (mostly all Arabs) who governed tolerantly from Damascus, and then under the Abbasid dynasty (mostly all Turkish) who governed from Baghdad.  So Jews were governed either tolerantly or persecuted and then ruled by the Fatimids from Cairo.  The Moslem Arabs took away lands from the Jews that they had held onto for 20 generations after the fall of the Jewish state.  The Crusaders came after them and had ruled Palestine or parts of it for a little more than 2 centuries and it was they who massacred the Jews in the cities.  Under the Moslems and Crusaders, the Jewish communities of Palestine held on with their prayers and chutzpah and survived.  The Jews had been some of the best fighters against the Crusaders.  When the city of Jerusalem fell, the Crusaders had gathered the Jews up in a synagogue and burned them.  Haifa was defended by the Jews for a month from June to July 1099.  In that year, 1,000 years after the 70 CE fall of Jerusalem, there were Jewish communities that had sprung up all over Ha'aretz (Palestine).  50 of them remain well known, such as Jerusalem, Tiberias, Ramleh, Ashkelon, Caesarea and Gaza.

In 1516 the Ottoman Turks were tolerant and fairly  friendly towards the Jews.  30 Jewish communities were recorded then:  Haifa, Sh'chem, Hebron, Ramleh, Jaffa, Gaza, Jerusalem and many in the north.  Their center was Safed (Tzfat) which became the largest in Palestine and took on the spiritual leadership of the whole Jewish world.  The mystic Caballa was developed.  8,000 to 10,000 Jews lived here in 1555 and the population grew to 20,000 or 30,000 by 1600.  Some of the Galilean villages survived, showing that Jews clung to the land for 15 centuries in succession.  Jews brought in the first printing press into Palestine, and Asia, for that matter.  It was brought to Safed and printed in Hebrew.  Maybe it was their prosperity that caused Sultan Murad III in 1576-77 to deport 1,000 wealthy Jews from Safed to Cyprus, where he needed some economic assistance.

Chronology of Jews in Ha'aretz

There is no other people in the world who have maintained their love for their original land as much nor as long as the Jews have, nor has there been a people from the ancient days that have existed for so long as this people maintaining their religion.  Though Judaism has grown along with the generations, the main concept has remained the same.  It is not an "old time" religion but one that is prevalent in today's age along with its people who are  among the most creative and intelligent. Judaism is based on social righteousness.   Jews in Israel continue to cling to their beloved Ha'Aretz; the tiny speck of land of Israel;   the granted 20% of what used to be theirs.

Jews were chosen by G-d to carry out a heavy duty, and only G-d knows how hard they have tried to do this.  They were chosen not because they were the best of all people but because they had such a stubborn trait, a stiff-necked people.  They had been chosen to carry the message of G-d's law to the world, based on the covenant between G-d and Abraham and renewed at Sinai with Moses.  Isaiah described Israel as  those whose sufferings will bring salvation to the world.  One thing we know.  Jews have long suffered in the world.  Israel was said to be a kingdom of Priests and a holy nation.  How many people of the world still scoff at the Golden Rule today?

Resource:  Battleground-fact and fantasy in Palestine by Samuel Katz
Jews and Power by Ruth R. Wisse
The Source by Leon Uris
Posted by Nadene Goldfoot at 8:07 AM