What The Talmud Really Is 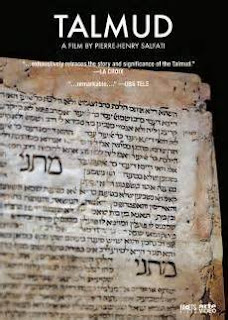 I have found lies on webpages about the Talmud on facebook and they are horrendous.  Most comments are  from Muslims.  They have no idea what they are doing except spreading hatred for Jews.  Someone creates a website, and they all are so fast to believe what is libelously written about the Talmud  that they probably are falling over themselves.  If the Palestinians and their cohorts and suppliers aren't hitting us with rockets, they're hitting us below the belt in our religion.  No telling what their sources are; mostly from some Nazi type of imagination.  Let's get into what the Talmud  really is.

When we were in exile after 70 CE, we wound up in the world in two general areas.  There, our religious leaders needed to write down more about the 5 Books of Moses in teaching materials, so created the Talmud, which means "Teaching" in Hebrew.  One Talmud was written in Babylonia and was called the Babylonian Talmud.   The other was called the Palestinian Talmud as it was written in what was called Palestine, which was the land of Judah renamed by the Romans.

Jews didn't just read the Torah and other books which eventually made up the Tanakh, or "Old Testament."  They discussed it with other learned men, and these discussions were written down like one takes notes in a meeting by the secretary.  So they are a compilation of the records of academic discussion and of the judicial administration of Jewish Law by generations of scholars and jurists in many academies and in more than one country during several centuries after 200 CE.

Each Talmud contains the Mishnah together with a gemara, which is both a commentary on and a supplement to the Mishnah. The Mishna  is the legal codification containing the core of the Oral Law.  It's divided  into 6 sections.  The 1st deals with religious laws pertaining to agriculture.  The 2nd deals with the laws of our Sabbath and the festivals.  The 3rd section deals with women and the laws of marriage and divorce and vows.  The 4th deals with damages, civil and criminal legislations.  The 5th deals with holy things, laws of Kashrut, how to kill a kosher animal without causing pain, consecrated objects.  The 6th deals with the laws of ceremonial purity.  It's very well organized.  The Talmud is a study of different interpretations by very wise men.

I do not own a Talmud.  I have a Tanakh or Bible, the Jewish version, The Stone Edition.  I also have a set of Haftorahs, which is the Bible in two volumes with commentary.  I love to read the commentary or explanations.  A person who is a biblical scholar would have a Talmud and they would also be in the synagogue libraries.  I find that at present, the best edition available is the Vilna edition of 1902 which has a large number of commentaries and has been reprinted many times.

Where the so called Talmud came from that got into the hands of these anti-Semites probably was created in someone's basement. How could they ever read a Talmud?   They would have had to break into a synagogue and steal one.  I am sure that if it was printed into English, it would be far over their head in understanding.  This stuff is pretty deep,  meant for rabbis, really.

They are not the first to attack our sacred literature.  There was a Talmud burning by the Catholic Church in Paris on June 17, 1242.  24 cartloads of Talmuds pages were burned as a sequel to the religious Disputation there 2 years earlier.  It happened again  in Italy in 1322.   Then in the 16th century many volumes of all types of Jewish literature was destroyed in Rome on September 9, 1553.  Rabbinic works found in raids on the Jewish quarters were burned sporadically.  Thousands of volumes of the Talmud were burned in Poland by order of Bishop Dembowski  in 1757.

These misguided and hateful fools can barely understand their own  reading material at a 4th grade level most likely and now they're telling their 'like" friends that they can read and understand something in a foreign language and understand the points of view of very scholarly people like a group of PhD's.  Most interesting.

If you read my post on comparing Judaism to Islam, the Muslims have the same amount of religious dogma just like we do.