The Tribe of Levi That Moses Was From 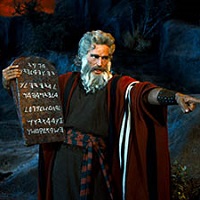 Jacob had 12 sons who were the origins of the famous 12 Tribes of of Jacob.  Levi was Jacob's 3rd son with Leah, his first wife.  The Levites were the tribe that Moses and his brother, Aaron, were from. 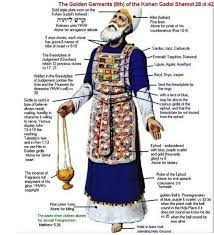 Aaron was made high priest by Moses, and all his sons were to follow in his footsteps.  His DNA has been found to be called J1 or the Cohen gene.  Supposedly, all the Levites should have carried the same Y haplogroup of Jacob, and Jacob would have been carrying the same as his father, etc. 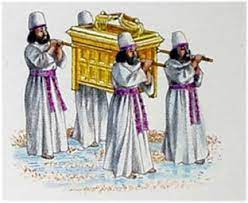 Scientists have found that this is true of the Cohens who lived under special conditions like not marrying a divorced woman, other  conditions, but is not proving to be true for the group designated as the Levites. 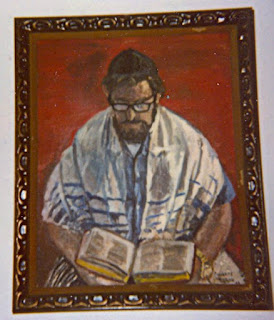 Levites:  In very ancient times, all the male descendants of the tribe of Levi were consecrated by Moses to serve in the  the Temple and to instruct the people. 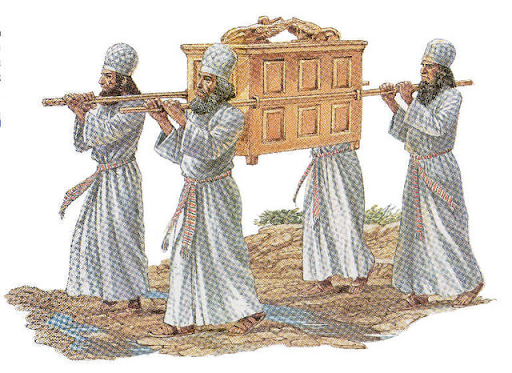 In those days, the 1st-born of each family served as priest, but because of the loyalty of the Levites during the incident of the Golden Calf, they replaced the first born of everyone. 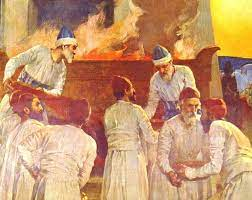 Each family of Levites was assigned specific duties connected with the transport and assembly of the parts of the future Temple in the wilderness.  The family of Aaron was singled out for service as priests within the Temple-to-be (as a temporary site, referred to as the Tabernacle.) 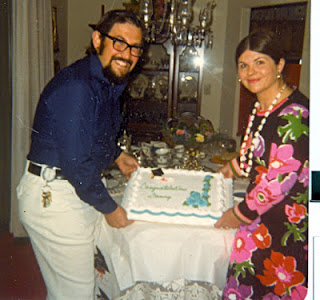 Bon Voyage party before moving to Israel to teach

After the conquest of Canaan, the Levites were enjoined to teach the Torah to the people, being therefore excluded from any territorial inheritance but receiving 48 towns with their environs throughout the country, as well as a tithe of the agricultural produce.  This arrangement worked somewhat differently to practice.   Daniel, above, finally became a high school history teacher, and he was amazing at it in Oregon. 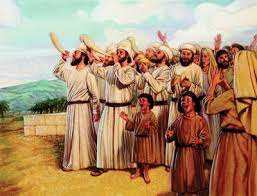 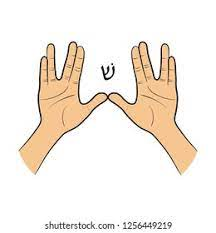 Certain towns assigned to the Levites were only captured a long time after the conquest, or not at all, and there is no evidence to show how effective was the collection of tithes.  Consequently, some of the Levites served at High Places, especially in the Northern Kingdom after Jeroboam had instituted independent worship. 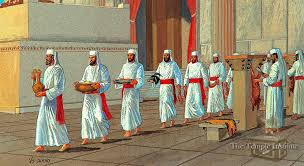 According to Chronicles at the very end of the Tanakh, when the Temple service was organized, traditionally by David, the Levites were divided into groups, each engaging in different work (singers, instramentalists, gatekeepers, assistants to the priests during the sacrifice, etc.  Like the priests, every group was divided into 24 sections, each serving for a week at a time. 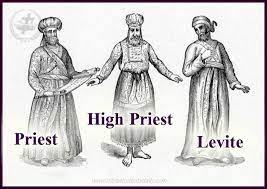 Out of the tribe of Levi, with the Cohens being the direct line of Aaron, the Levites outnumbered the Cohens.They had become a 2nd-class priesthood.  They got to read from the Torah after the Cohens.  Temple-sacrifice privileges--at the very core of Jewish sacred ritual--were limited to the sons of the high priest Zadok (Cohens), whereas Levites became responsible for more mundane tasks such as day to day upkeep of the Temple, guarding the door, and transporting the Ark of the Covenant. 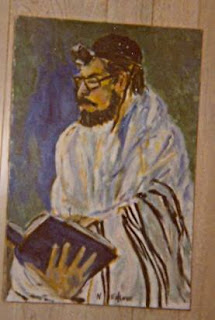 In 2nd Temple times, the Priests outnumbered the Levites, and apparently shared their tithes.  In halakhah, or the law, the Levite is regarded as 2nd to the Priest, and has the privilege of having the Priest's hands before the latter blesses the people.  They had less influence and prestige than the Cohanim.  The Levite position was therefore ambiguous:  of high status but impoverished, "priestly" but not high priests.  Dan never felt impoverished in the status of a Levite but very proud to be one and took it seriously.  Sadly, he died without being DNA tested. 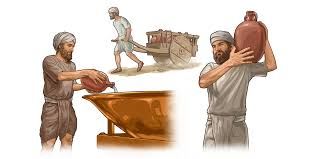 However, their responsibilities grew to include composition and performance of liturgical music, as well as teaching, administration and interpretation of Jewish law and ritual.  These functions became especially important during the Hellenistic period and, long before the destruction of the 2nd Temple, helped steer Jewish worship away from the Temple and into the homes and new synagogues. 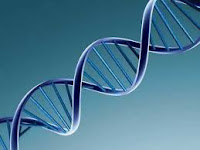 Many Levites have been found to carry the R-M17 haplogroup line, and it is now thought to have originated from Khazaria. The Khazar Empire stood to the east of the area of the Ashkenazi Jews, between the Dnieper and Volga rivers, and reached south into the modern nation of Georgia. Khazaria was established by Central Asian Turkic speaking people whose empire converted to Judaism when confronted that they were trading with Christians, Jews and Muslims, and so the Bulan or king actually chose Judaism and all followed. The people were no doubt Slavic and carriers of R-M17. We can't be sure, but it's a good possibility. 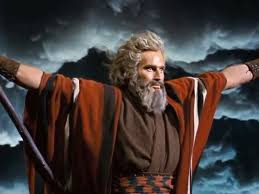 Today, the tribe of Levi, made up of the Cohanim and Levites, is the only tribe left out of the 12 Tribes of Jacob, though one would have thought that it wound be the tribe of Judah! Why is that? Similar to the modern-day Cohanim, non-Cohen Levites are estimated to account for some 4% of the contemporary Ashkenazi community and somewhat less of the Sephardi population. They are found in synagogues all over the world. Remember, they were scattered among all the tribes, and didn't have their own plot of land. In more observant congregations, Levites continue to discharge their historical religious functions. While they no longer have occasion to enforce rectitude at sword point as they once did, in some congregations, they still wash the hands of the Cohanim before the contemporary "priests" deliver their blessings. 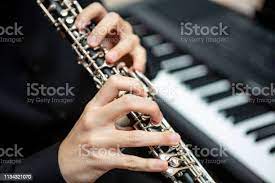 In my experience, I have 3 DNA matches of the Y haplogroup E-L117, father and son, with son being very musical, a pianist, and another being a musician, playing the clarinet in his band. Could they also be Levites? Or could this just be coincidence? I wonder about the Cantors of Judaism? How many of them are Levites?

One would think that the general public of Jews, who are called the Israelites, would be the group who suffered the most in the Holocaust, being the remainder of the tribe of Judah, not counting the Cohens and Levites. Jews remaining are only 0.02% of the world population. Jews make up 2% of the USA population.

We're a very small group that should be protected, yet we still suffered from anti-Semitism. We're a group made smaller on our own as well by marrying outside out faith and assimilating., as well. We also have a 3rd danger of our own people turning against us in their desire to be liked by their own peer group; self-hating Jews. Sometimes I think they're out biggest danger.

Posted by Nadene Goldfoot at 8:14 AM