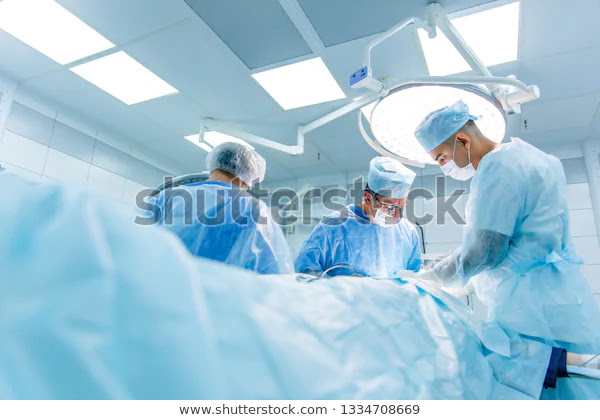 Neighbors but enemies, that was the situation between Syria and Israel in 2014 and it remains so.

Then, the Syrian public had been fed the line that Israel wanted to kill all Syrians, wanted to murder them all!  Truth was that terrorists came from Syria to kill Jews of Israel.  After 3 years of a bloody war on the border with the Syrians, Israel saw Syria in a Civil War with other factions.  Israel wound up providing medical aid to Syrians at the border.

The Syrian civil war was an ongoing multi-sided civil war in Syria fought between the Ba'athist Syrian Arab Republic led by Syrian President Bashar al-Assad, along with domestic and foreign allies, and various domestic and foreign forces opposing both the Syrian government and each other in varying combination, starting on March 15, 2011.  Over the course of the war, a number of peace initiatives have been launched, including the March 2017 Geneva peace talks on Syria led by the United Nations, but fighting has continued. It's even more of a threat to Israel with Hezbollah terrorists. 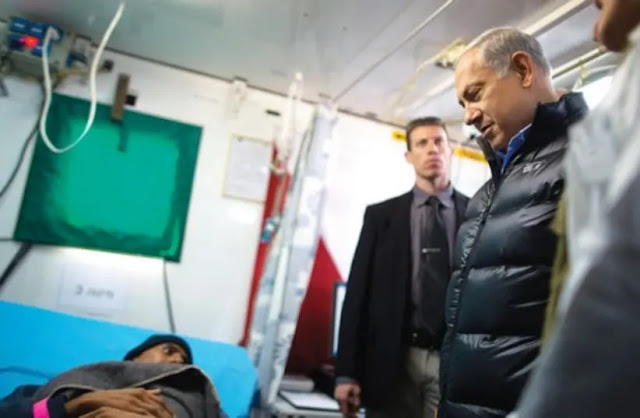 Some Israeli NGOs also provided humanitarian aid across the border to refugee camps in Jordan, as some 600,000 Syrians had fled to Jordan and the Jordanian kingdom's financial and social welfare systems now were under enormous strain, as they had been overwhelmed by the previous wave of Iraqi refugees.  Turkey and Bulgaria had also become refuge centers for Syrians, and a few had gone to Egypt as well.

In 2013, Israel had opened a new neurosurgical department at the hospital near the border which was the only one in northern Israel at that time.  Syrian wounded, mostly combatants and also civilians began arriving at Israel's Western Galilee Hospital, and the Ziv Medical Center in Safed, and Rambam Hospital in Haifa and the smaller regional Poriya Hospital near Tiberias.  The most serious patients went to the one nearest the border. 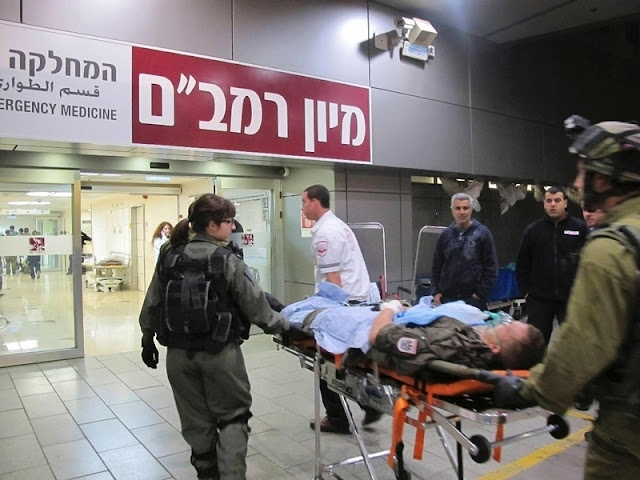 The new neurosurgical department after a few months found that 20% of the patients in the neurosurgical department were Syrians.  By June 2014, the hospital had treated 250 Syrian war wounded, most with horrendous trauma with head injuries showing there had been attempted execution-style shootings and attempted machete beheadings.  One patient arrived with his whole lower jaw missing and was illiterate so couldn't write.  17 hours of surgery by doctors rebuilt his jar from part of a leg bone.  Injured Syrian women and children were also being treated.

Syria had 120,000 dead and more homeless suffering from disease and injuries and no treatment. In the beginning of the conflict, the Syrian government made it illegal for Syrian doctors to give medical care to anyone who supported the opposition.  Many doctors became targets.  Almost half of Syria's doctors, about 15,000 had fled the country.  About 60% of their hospitals were destroyed.

The city of Aleppo, Syria had 1,171 doctors.  The opposition took this city.  292 doctors were left by last September 2013.  Just outside Damascus in Aghota, only 30 doctors out of 1,000 remained.  All other medical personnel escaped as well.

Refugees didn't make a bee-line for Israel but got to Jordan, Lebanon and Turkey and Egypt. Then word was out that they could find aid in Israel.  They coordinated with the IDF and how they did it remains a secret.

It was early in 2013 and the first 7 wounded Syrian fighters arrived at the Golan Heights border with Syria.  Medical ethics in the army is clear; the IDF doctors gave them help.  Then all the IDF wound up helping Syrians who had been taught to hate Israelis, and here they were, receiving medical aid from them!

They had taken almost 1,000 Syrians into Israeli hospitals with some 450 treated at the IDF field hospital-like in MASH, The IDF were even protecting their patients from Katyusha rockets fired into northern Israel from Lebanon by Hezbollah.

At the Western Galilee Hospital in Nahariya, a Syrian mother watched as a medical clown performed for her wounded daughter who was receiving treatment there.  What she must have wondered; the female clown looked really clownish!    https://www.youtube.com/watch?v=wrCnrpWQlnk&vl=en

"In this world, we hope that someday there will be peace, but now we are "enemies." said Dr. Salman Zakar of the IDF field hospital.  "For them, it is being told that we, the enemy, are Satan and then seeing how suddenly it is not true.  They see professional, ethical people who are doing everything they can for them."

In June 2016, from the territory of the Golan Heights, occupied by Israel since 1967 and annexed in 1981, the Israeli military began Operation Good Neighbor, a multi-faceted humanitarian relief operation to prevent starvation of Syrians who live along the border and provide basic or advanced medical treatment.

The aid consisted of medical care, water, electricity, education or food and was given to Syrians near the ceasefire line between Israel and Syria, often escorted across by Israeli soldiers. Over 200,000 Syrians received such aid, and more than 4,000 of them were treated in Israeli hospitals from 2013 to September 2018. Many of the treated victims were civilians, often children. Allegations have been made that some were rebel fighters from the Free Syrian Army. This theory is supported by the claim that Israel had a strategic interest in aiding the rebels; they fought against both ISIL and Iranian-allied forces.

All Israeli doctors follow the Hippocratic oath.  The Hippocratic Oath is one of the oldest binding documents in history. Written in antiquity, its principles are held sacred by doctors to this day: treat the sick to the best of one's ability, preserve patient privacy, teach the secrets of medicine to the next generation, and so on. 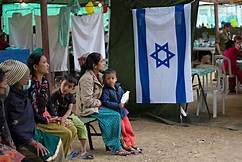 At the border of Israel and Syria, people will see the IDF doctor

It's sad for the doctors when they do their best and must let the patients return to the battlefield as they request.  They most likely will not get any follow up care and might again be wounded.   "What we are seeing here is an indiscriminate lack of respect for human life."

Posted by Nadene Goldfoot at 12:44 PM