Kerry's Peace Deal with PA and Israel Due in April 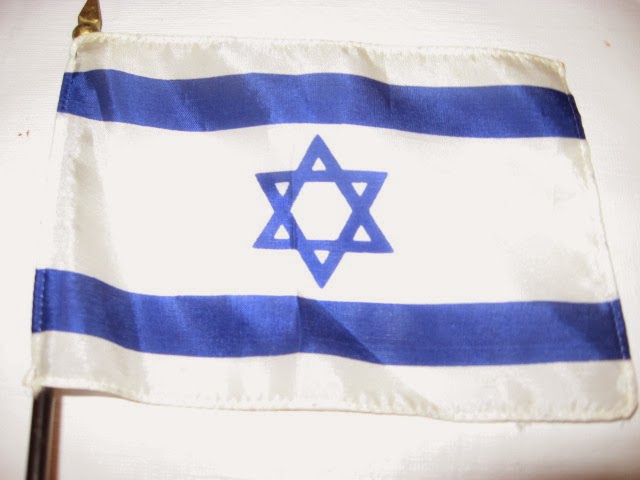 For background in laying down talks this week, members of the World Economic Forum met back on May 26th of last year at the Dead Sea in Jordan to discuss getting peace between the Abbas PA group and Israel.  They decided on a $4 billion dollar package for the PA group to stimulate their economy.  The truth that they are not facing is that it will take more than money to stimulate them from being unwilling to make peace.  They need to change their whole attitude towards a Jewish nation among them.   Businessmen from both sides attended this meeting.  King Abdullah of Jordan is all for relaunching the peace negotiations.  Actually, he is in deep trouble of losing his crown if the Arab Spring takes over his country like it did in Syria, so peace is very meaningful for him as well.

Back in 1967 after the war, Israel did everything in their power to assist and teach the Arabs in their economic pursuits, but they rebelled against it.  The PA's aim was not to be successful but to be a thorn in the side of Israel.  Note that when Israel pulled out of Gaza, they left their businesses that could have been used by the future Hamas terrorists, but they destroyed them.  The business they have been in has been to agitate and cause fear into the southern Israelis, and hopefully, even to kill a few.

Attending this conference this year were representatives from all the countries in the world with at least one person.  It was attended by  the USA with 72 members, UK with 31, China with 10, Canada with 9, Switzerland with 8, Germany and France with 7 each, Mexico with 5.  Kerry gave the opening speech.

Kerry and Barack Obama, President of the USA, are very disappointed in the Jewish complaints over their treatment in the 11 meetings they've had in these peace discussions with the Palestinians.  Israel has been placed in security risks in Kerry's plans and this Israel can't buy into. After a 90 minute meeting of the minds, Netanyahu let Kerry know that he will not uproot the Jews living in the Jordan Valley, which is 62 miles long and goes from the Sea of Galilee to the Dead Sea.  Jericho and Jenin are in the Jordan Valley and are Muslim centers today. Sderot, Beer Sheva and Masada are major Jewish cities in the Jordan Valley.  Kibbutz Degania Aleph, the first major kibbutz lies there as well.

" The Jordan emerges from an area of stately date groves near the first kibbutz, Degania, flows past "Yardenit" Pilgrim’s Baptismal Site and becomes the peaceful border between Israel and the Hashemite Kingdom of Jordan. In fact, you can cross into Jordan at the Sheikh Hussein Bridge, just opposite the city of Beit Shean."

Evidently Kerry and Obama have a higher optimism level than the Israelis do.  Israel needs the security that they have attained after the 1967 attack of all the Arab nations and realize that in itself was a miracle.  They lost lives they do not wish to repeat again since the Arabs have continuously attacked them since 1948.  It happened in 1956, 1967, 1973, 1981-82, and has been repeatedly happening in-between these major but short wars.  Since 2001, southern Israel has been rained upon with missiles, mortars and rockets.  Their neighbors, Lebanon and Syria in the north have a line-up of rockets aimed at them.  Security in a hostile neighborhood is of the utmost requirement for peace with people who covet your land.  Kerry must remember that all the official hoops required to gain this land was official back in the 1920's with the League of Nations and that Israel had already lost 80% of that promised land to Jordan who became Jordan out of it.  Now, it's a fight to keep this 20% left for the Jewish homeland of Israel.  Everyone knows, except Kerry and Obama, that the aim of the Arabs is to take that 20%.   In that, they must know the truth, but are unwilling to accept it as it goes against their agenda.

Netanyahu and Kerry spoke in private during the World Economic Forum in Davos, Switzerland.  Later Kerry was to give an important address on the Middle East to this forum.  Earlier Kerry had spoken with Tzipi Livni, Israel's top negotiator.  The PA negotiators will get to go to Washington this week for their private talks with him.  "Some critics of the administration have suggested that Kerry is spending too much time trying to bring the Israelis and Palestinians together and not enough time dealing with more urgent crises."

Kerry's speech started off attacking President Assad of Syria.  Kerry isn't winning any points since Syria was not acted on by the USA.   Instead, the USA managed to arm the rebels who have been just as bad as Assad's regime in slaughtering people.  About 130,000 have died in this ongoing Civil War.  The Arab Gulf allies of Saudi Arabia and their peers are not happy with the USA and their dealings in the Middle East.  Kerry's defense in this round will be to talk about his commitment to engagement in every region in the world, even though their engagement in Syria was very little and took its time in coming to the point of aiding and abetting certain rebel groups.  He will make the point of being committed to diplomacy, but even that is turning out to be one-sided in matters between Israel and the Arabs being he sides with the Arabs more.  This Civil War has gone on for 3 years now.  Millions have lost their homes and jobs and are either in refugee camps or might be heading there as countries like Egypt are discharging refugees to leave their countries.

Being Kerry has visited the Middle East with the Peace Talk agenda 11 times already, he can say that the USA has not disengaged from this goal.  He has let down much of the world, especially Israel in the Iranian discussions over their nuclear weapons program which is continuing with his guidance where Israel and other wary countries needed to hear that it was not only contained but stopped.  Not much was gained with Iran at all.  Sanctions were lifted that can never be reinstated.  The heavy hand was lifted by Kerry's policy.

Kerry's method of arbitration and discussion as been to push Israel the hardest and the Palestinians a little to accept tough changes in their policies.  Israel is always the one who gives into the hope for peace by giving land in a deal.  The last one was Gaza which turned out to be a disaster.  Hopefully, Tzipi Livni will not forget this in her decisions.  Israel gives and the Arabs take, which  has been the pattern for the past 66 years.  It's time it changes, and to do that would take a whole new charter for the millions of Arab Muslims.  Hamas's charter, with Hamas ruling in Gaza, is exactly like the Muslim Brotherhood's charter, an extreme goal of taking Israel and ruling over everyone with their brand of religion.  Buyer, beware.  Six months down and three more to go.  The end of the peace talks is in April.  How many more meetings will Kerry extend himself in order to reach his goal?  What about Hamas and Gaza, now?  What more does he think he can do with that can of worms?
Update:  from Breaking Israel News:

U.S. Secretary of State John Kerry is once again in town trying to reach a framework agreement between Israel and the Palestinian Authority. One of the issues of dispute is the fate of the Jordan Valley, which is indispensable for Israel’s national security. The Jordan Valley is the only available defensible border on the eastern front, which is the closest border to Israel’s heartland — the Jerusalem-Tel Aviv-Haifa triangle — which holds 70 percent of its population and 80% of its economic infrastructure."

Posted by Nadene Goldfoot at 10:02 AM