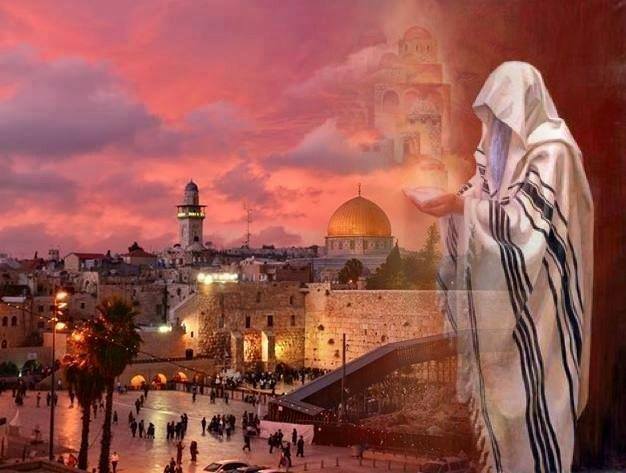 7/5/12 FLASH: Supreme Court Judge Edmond Levy has ruled that Israel is not breaking international law.  See last reference below .
Eugene Rostow, international lawyer, felt that Israel has the right to Judea, Samaria and East Jerusalem as well. He was the Dean of Yale Law School and was also the Under Secretary of State for Political Affairs under Lyndon B. Johnson.  He died in 2002.

According to some in talking about international law, they say that under UN Resolution 242, East Jerusalem is considered "occupied territory."  They also say that Israel's annexation of Jerusalem therefore violates the UN resolution.

A drafter of this resolution was then Arthur Goldberg, who sat on the Supreme Court of the USA and in 1965 left it to become the US Ambassador to the UN.  He says that it in no way refers to Jerusalem.  This was a deliberate omission.  Jerusalem was a discrete matter and not to be linked with the West Bank (Judea and Samaria.).  He has repeated several times that the 1948 armistice lines were temporary and particularly true of Jerusalem.  He never called or inferred that East Jerusalem was "occupied territory."  he died January 19, 1990 and was born on August 8, 1908, the same year my father was born.

After 1948 the UN General Assembly voted on 3 resolution calling for the internationalization of Jerusalem but Jordan and Arabs refused whereas Israel said okay.  Then the 1967 war with 5 nations pouncing on Israel and Israel managing to win anyway happened like a miracle.  Here Jordan had occupied East Jerusalem illegally from 1948 to 1967 and Israel gained it in a defensive war but that hasn't stopped the Arab critics to come down on Israel for altering the status of Jerusalem.  .

Alan Dershowitz, great defender of Israel, Harvard criminal appellate lawyer and professor at the Harvard Law school,  in his book 2003 "The Case for Israel" notes on page 69 that the land allocated to the Jews didn't include Western Jerusalem which had a Jewish majority, or Hebron, two of Judaism's holiest and most historic cities.  Jerusalem had a population of 100,000 and was to be internationalized but was cut off from the Jewish areas.    Hebron was  in the Arab sector. and with no Jewish presence even though Jews had lived there for thousands of years until the Palestinian massacres of Jewish women, children and old men in 1929 and 1936 drove them out.  It was a bad deal all around for the Jews, especially to defend, with Arabs turning the deal down,  but the Jews  accepted quickly this UN partition and then declared statehood in 1948.

He noted in his 2008 "The Case Against Israel's Enemies"   on page26 how Jordan destroyed synagogues including the Jewish equivalent of the Dome of the rock and other Jewish institutions as soon as it conquered the Jewish Quarter of Jerusalem in 1948.  To me it's terrible that they were able to continue until 1967 to hold it.  In 2005 Dershowitz wrote "The Case For Peace" where he suggests a happy peaceful solution where Palestinians were peaceful so that they would be in a compromising mode and would then have a condition where Israel would govern Jewish areas in the city while Palestine would govern Muslim and Arab areas.  The Mount would be divided or shared.  The Old City would be divided because it already is in quarters. and each under its own people.  I'm afraid that reality of 2006-2012 hadn't occurred then.  He may have changed his mind by now.

It was enough to keep the USA from never having their embassy in Jerusalem because of the American policy being that the final status of the city is a matter for negotiation.  They have a consulate in East Jerusalem to handle matters relating to Palestinians living in the territories.

1990 finally saw the American Congress passing a resolution saying that Jerusalem is and should remain the capital of the state of Israel and must remain an undivided city where the rights of every ethnic and religious group are protected.  They disapproved of the status before 1967 anyway and are not about to return to it now.  So said President George Bush.  Secretary of State James Baker also realized the significance of Jerusalem and to people of all religions as well.  He said that Jews and others could live where they wanted, east or west and that the city should remain undivided.

Jordan had desecrated Jewish holy places.  King Hussein allowed construction of a road to the Intercontinental Hotel across the Mount of Olives cemetery instead of other accessible places.  Hundreds of Jewish graves were destroyed.  Then they used the gravestones as pavement and latrines in army camps.  You can see the inscriptions on stones there on the walls, pavements and latrine floors there in 1967.

The ancient Jewish Quarter of Jerusalem  was destroyed along with 58 Jerusalem synagogues, some being centuries old.  The Western Wall was covered by slum dwellings.  Other synagogues still standing were turned into stables and chicken coops.

Israel found in 1967 that hundreds of squatters had some type of shack in the Old City and Israeli civil engineers cleared the ruins to rebuild the quarter.  they first offered compensations or alternate housing to the squatters.  Jordan had neglected the Old City and East Jerusalem  didn't even have the most basic services like a steady water supply, plumbing or electricity.  Reunification meant that these services were now given to East Jerusalem as well.